One of my older sisters collected trading cards when we were kids. While I went on to get X-Men and other comic book based cards, she - several years older than me - collected movie cards. I recently dug up her old cards and am surprised by how many movies there were trading cards for. She had several sets of cards for Star Wars (all 3 films at the time), Raiders of the Lost Arc, E.T., even a few cards for movies you wouldn't expect to get cards, like Moonraker! 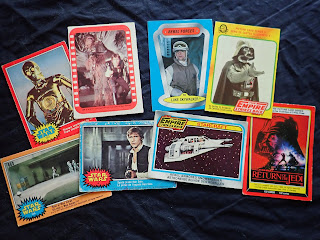 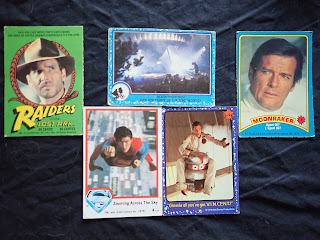 For the Star Wars cards, some had puzzle pictures on the back (you had to join 9 cards to make a larger picture) while others were stickers. While most of the cards had story elements on the back that applied to the front photos, some had movie facts. 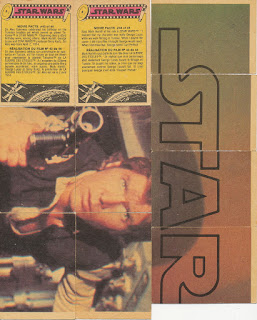 The cards were also a great way to learn the names of random background characters and statistics about main characters. 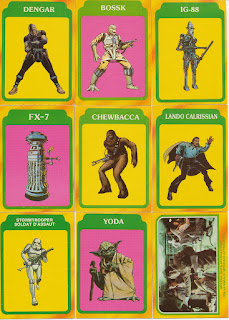 Next week I'll post more about The Empire Strikes Back trading cards, which have some... unique information.
Email ThisBlogThis!Share to TwitterShare to FacebookShare to Pinterest
Posted by Jessica Strider at 10:28