This is an older title that's being republished. Sounds fascinating. 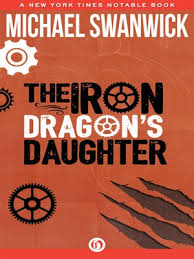 Jane is trapped as a changeling in an industrialized Faerie ruled by aristocratic high elves and populated by ogres, dwarves, night-gaunts, and hags. She is the only human in a factory where underage forced labor builds cybernetic, magical dragons that are weaponized and sent off to war. When the damaged dragon Melanchthon tempts Jane with promises of freedom, the stage is set for a daring escape that will shake the foundations of existence.

Email ThisBlogThis!Share to TwitterShare to FacebookShare to Pinterest
Posted by Jessica Strider at 09:50