Amalie Howard's first book, Bloodspell, debuted in 2011.  But after what must have been quite a flurry of writing and activity, she got publishing deals for 3 other YA books with 3 different publishers, two of which are now out and the last one's coming out on March 4th.  Alpha Goddess, for those looking for something different, is based on Indian mythology. 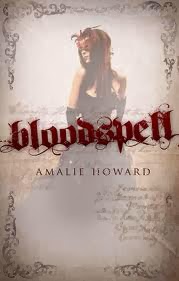 
The spell was simple …
Cruentus Protectum. Defend the Blood.

But what do you do if your blood is your enemy?

Victoria Warrick has always known she was different. An outcast at school, she is no stranger to adversity. But when she receives an old journal for her seventeenth birthday, nothing prepares her for the dark secrets it holds—much less one that reveals she’s a witch with unimaginable power.

What’s more, when she meets the dazzling but enigmatic Christian Devereux, she has no idea how much her life is about to change. Enemies will hunt her. Friends will turn on her. The terrible curse that makes her blood run black will stop at nothing to control her. And Christian has a sinister secret of his own …

Without knowing whom to trust, can Victoria survive her blood’s deadly desires? Or will she lose everything, including herself? 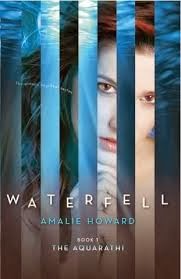 THE GIRL WHO WOULD BE QUEEN

Nerissa Marin hides among teens in her human form, waiting for the day she can claim her birthright—the undersea kingdom stolen from her the day her father was murdered. Blending in is her best weapon—until her father’s betrayer confronts Nerissa and challenges her to a battle to the death on Nerissa’s upcoming birthday—the day she comes of age.

Amid danger and the heartbreak of her missing mother, falling for a human boy is the last thing Nerissa should do. But Lo Seavon breaches her defenses and somehow becomes the only person she can count on to help her desperate search for her mother, a prisoner of Nerissa’s mortal enemy. Is Lo the linchpin that might win Nerissa back her crown? Or will this mortal boy become the weakness that destroys her? 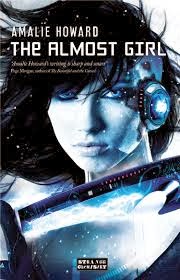 17 year-old Riven comes from a world ravaged by a devastating android war, a parallel world to Earth. A Legion General, she is the right hand of the young Prince of Neospes. In Neospes, she has everything: rank, responsibility and respect. But when Prince Cale sends her away to find his long-lost brother, Caden, who has been spirited back to modern day Earth, Riven finds herself in uncharted territory. Thrown out of her comfort zone but with the mindset of a soldier and in a race against time to bring Caden home, Riven has to learn how to be a girl in a realm that is the opposite of what she knows. Will Riven be able to find the strength to defy her very nature? Or will she become the monstrous soldier she was designed to be? 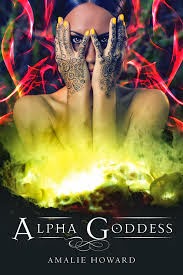 In Serjana Caelum’s world, gods exist. So do goddesses. Sera knows this because she is one of them. A secret long concealed by her parents, Sera is Lakshmi reborn, the human avatar of an immortal Indian goddess rumored to control all the planes of existence—Illysia (the Light Realm), Earth (the Mortal Realm), and Xibalba (the Dark Realm). Marked by the sigils of both heaven and hell, Sera’s avatar is meant to bring balance to the mortal world, but all she creates is chaos. A chaos that Azrath, the Asura Lord of Death, hopes to use to unleash hell on earth.

Torn between reconciling her past and present, Sera must figure out how to stop Azrath before the Mortal Realm is destroyed. But trust doesn’t come easy in a world fissured by lies and betrayal. Her best friend, Kyle, is hiding his own dark secrets, and her mysterious new neighbor, Devendra, seems to know a lot more than he’s telling. Struggling between her opposing halves and her attraction to the boys tied to each of them, Sera must become the goddess she was meant to be, or risk failing, which means sacrificing the world she was born to protect.

Email ThisBlogThis!Share to TwitterShare to FacebookShare to Pinterest
Posted by Jessica Strider at 11:41