A few years ago I did a Superheroes Reading List, with some literary and SF books.  Since books featuring people with superpowers, not just heroes in capes, have become very popular lately, consider this a revamp of that previous list (though I didn't add the books I've listed previously).  For ebooks, I've only added Carina's, because I happened to be on their site doing my 'upcoming books' post and noticed them, and Stephen Henning's A Class Apart, because I've read it and therefore know about it. Generally searching for ebooks is tough and I haven't figured out a good way of doing it yet, especially since there are so many platforms where ebooks can be published.

As with my other lists, this isn't meant to be comprehensive.  It's just to suggest books you might not have heard of.  Having said that, feel free to leave titles and authors in the comments of books you'd like to see added. 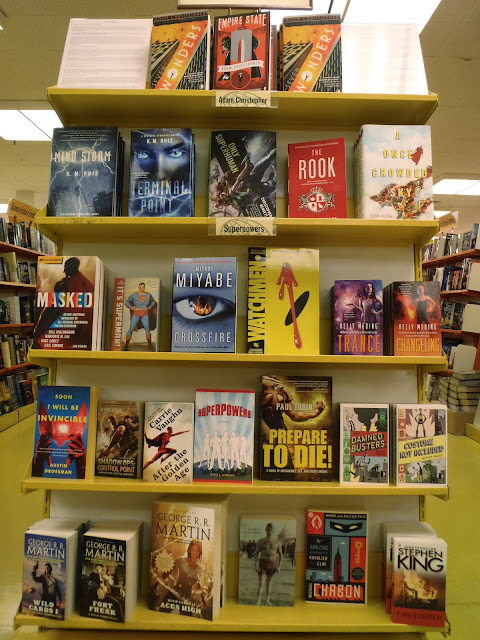 * And as with my other lists, this list was the basis for an endcap currently on display at the World's Biggest Bookstore in Toronto, Canada.  Adam Christopher is one of my interviewees for the month, so his books are displayed with his interview at the top.