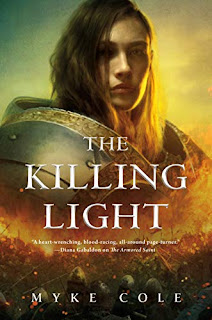 This is a great series if you want a heroine you can root for - the whole way through, one who grows as a person and doesn’t become corrupted by loss.
Email ThisBlogThis!Share to TwitterShare to FacebookShare to Pinterest
Posted by Jessica Strider at 10:47