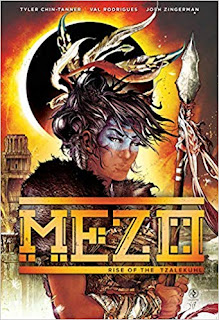 This is an era of history that isn’t often used for fantasy storytelling so I found it fascinating and would love to read more.
Email ThisBlogThis!Share to TwitterShare to FacebookShare to Pinterest
Posted by Jessica Strider at 15:04