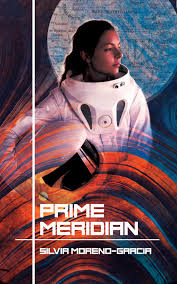 Amelia dreams of heading to Mars, but she can’t afford the flight and doesn’t want to be an indentured servant, so she continues to eek out an existence in Mexico City, making ends meet by doing occasional jobs as a paid friend.

This is a novella funded by an IndieGoGo campaign, which I supported.

Amelia isn’t the most likeable character, as evidenced by her limited Friendrr clientele, but she is an honest one. A string of bad luck left her somewhat bitter and depressed as her dreams become harder and harder to achieve. As the story progresses she both becomes a better friend and person in some ways while also making bad decisions that could land her in an even worse position. By the end of the story, seeing her deal with difficult circumstances, I really liked her.

It is fairly short and while I’d have enjoyed more description the story works very well as is. It’s interesting hearing about life in Mexico City. The story doesn’t say what year this takes place, though given the dates that are mentioned it can’t be too far into the future.

It’s a quick read if you’re looking for something a little different.
Email ThisBlogThis!Share to TwitterShare to FacebookShare to Pinterest
Posted by Jessica Strider at 10:25