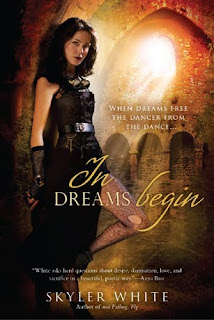 > What is In Dreams Begin about?

In Dreams Begin is a dark time-travel horror/romance based on my personal history and the occult movement of the late Victorian era. Laura, a contemporary graphic artist, wakes up on her wedding night channeled into the body of Maud Gonne, the famous Victorian beauty, Irish revolutionary and amateur occultist who was believed to be part faerie by some in rural Ireland.

In Maud’s body, Laura, our modern, professional woman, while still coming to grips with Victorian rules and outfits, meets WB Yeats, the Irish poet. He’s wildly romantic, ridiculously passionate, and she, of course, falls (rather embarrassingly,) in love with him, only to wake up back in Portland. The story tracks Laura and her new husband over two weeks, and Laura, Yeats and Maud Gonne over almost thirty years, all completely obedient to actual history.

> You did a lot of travelling while researching In Dreams Begin. Which place was your favourite and why?

I had one perfect day on the research trip. I was travelling with my daughter for the first half, before dropping her for a semester studying overseas, and this was our last full day in Dublin. We were staying in bunk beds in a youth hostel in Temple Bar, and woke up early to a dull, cloudy day. My main agenda item was to find Maud Gonne’s grave in Glasnevin Cemetery and scout the place for a scene I have set there. I’d planned to leave Kaki in Dublin to explore, but she didn’t want to prowl Grafton in the rain, so she came with me.

It was perfect weather for Irish graves. I bought a red Gerber daisy – the flower I wore in my wedding – and found Maud’s headstone. It was a surprisingly emotional moment for me, actually. I’m of Irish ancestry, but adopted, so this was my first flower-on-headstone moment in Ireland, and I had done so much reading on Maud, that she almost felt like family. Kaki took a photo of me with the flower and the stone that became the author pic at the back of the book.

We wandered for a while – it’s a beautiful, moving cemetery – and I got the notes and pictures I needed for Chapter Four, but we were enjoying the cool mist and the time together so much that when we finished there, we decided to walk back towards the hostel instead of taking the bus. Along the way we stumbled upon The Church, and went in for tea. I emailed my husband for the first time since I headed overseas and sent him a few notes and pictures which became the trip’s first blog post, and Kaki had a ball taking in the old glass and fixtures upstairs and the modern dance club downstairs.

Howth – a little fishing village/resort suburb north of Dublin – was low on my list of things to see. I don’t have a scene set there, but it was the only thing left that didn’t require a rental car (which I’d pick up after Kaki left) or a museum visit (which Kaki wasn’t keen on), so we took the train out of the city. We got to Howth (rhymes with ‘goat’) late in the afternoon as the setting sun burned off all the mist and rain. We walked from the train to the lighthouse (where Maud’s retired nurse had kept a cottage) in sudden, weird, golden light. And then, with no real work to do, we just wandered the beach. I don’t know if was the strange beauty of the Irish coast, with its made-of-magic mix of stark rock and tropical trees, or knowing that Kaki would be leaving soon, or just the sun, but I found a little intact scallop shell and broke the halves apart. She took hers to Germany. I keep mine on my desk.

> What made you choose W. B. Yeats as a character for your book?

Oh, so many things! He’s so delicious, for one. But my original intent had been only to base a character on him. I wanted to play with an honest-to-god, down-on-one-knee, utterly unselfconscious romantic. And he’s that. That he was active in the occult and that he loved the same women fruitlessly for thirty years were just added perks. But when I discovered that Maud and I share a birthday minus exactly one hundred years, the book started getting personal. The more I learned about him, the more intertwined my life and his past seemed to be. I did research until there was just too much real history to walk away from. I mean, Maud and her married lover had sex in the crypt of their dead son on Halloween night, 1893. As a novelist, how could I walk away from that history and make something up? Over and again my research was turning up that sort of thing. I had to just take it and write the story into the missing places.

> The book deals heavily with occult matters, what led to your interest in this topic?

I think I’ve always been interested in what we can’t see, but the interest for this book was specifically as a mechanism for the time travel. I knew I wanted to explore the similarities and contrasts between modern and Victorian womanhood by moving a contemporary woman’s consciousness between two bodies in the past and present, and having the real historical people not only active in the Victorian occult, but interested in sex magic and astral travel was really useful. 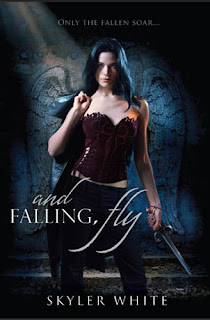 I can’t do absolute favorites. I just can’t. I can do recent favorites though. I’m reading Stacia Kane’s Unholy Ghosts right now and really enjoying it. And I recently read and loved Elif Batuman’s The Possessed, and finally, because you know I have to, the poetry of W. B. Yeats.

I had questions I couldn’t find any other way of asking.

The first novel I wrote is interred for your safety.

I wrote a messy, sprawling, hundred-thousand word “practice book” in which I learned a great deal about what I can’t and shouldn’t do. I’m not even going to mention the name. We don’t speak of the dead.

> If you still have one, what’s your day job? If you don’t, how long did it take before you could support yourself only on your writing?

Writing is my day job, but it’s not supporting me. I used to work in advertising, but stopped when I was pregnant with my second child. I made a pathetic attempt at online entrepreneurship and then moved on to writing as a rewarding (and inexpensive) activity to maintain a tenuous hold on what was left of my mind.

I have a degree in theatre history. I’m sure it helps, but damned if I could say how.

I write when and where I can. I’m still fitting it in around the kids and house and life. But I have an adorable little netbook, so I’m pretty mobile. I’ve written sitting on the floor of my car between track events and in almost every coffee shop Austin has. 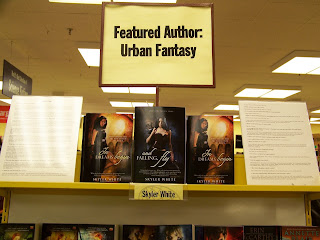 The space between idea and word.

Don’t forget to eat. Food, but mostly other things. Feed your mind. See things. Go to museums and movies. Have your heart broken. Travel. Read non-fiction. Meet your friends for dinner. Play. When nothing is coming out, it’s probably because there’s been nothing going in.

I have more trouble disciplining myself not to. It’s all about balance, and I’m a bit of a dervish.

I have no idea. I didn’t count. I tried to think about them as “not a yes” and I was looking for “yes,” so it was like digging through the laundry looking for socks. I have no idea how many pairs of underwear or t-shirts there were in the bucket. I just kept submitting to agents and entering contests until I got to socks.

Email ThisBlogThis!Share to TwitterShare to FacebookShare to Pinterest
Posted by Jessica Strider at 10:15