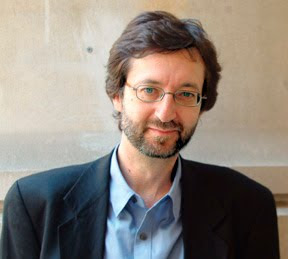 Last Light of the Sun

A Song for Arbonne

Beyond This Dark House

> What is the premise of Under Heaven?

Under Heaven is inspired by the genuinely dazzling Tang Dynasty period in Chinese history, in this case essentially the 8th century. Though the Dynasty began earlier and lasted longer, this is considered its peak, and one of the peaks of world civilization. Having said that, such peaks are not without extreme dangers, violence, tensions, amid the glory and sophistication, and I wanted the book to explore both aspects of the time.

In a way I have always wanted to write, but I also, as a kid always wanted to play in the NHL. I am old enough for my dream team then to have been the Maple Leafs (hard to believe, I know, I know!). At some point, rather earlier than I would have liked, the sheer and uttermost absurdity of the latter fantasy led me to the former one. On the way I pragmatically picked up, like a loose puck in the neutral zone, a law degree, for the classic 'something to fall back on' ... I've been lucky enough to never have needed that.

Truly impossible question! In each book there are characters and moments that perhaps resonate most strongly for me within that story, but I honestly can't point to a single figure, or even two or three, and say 'I like them most'.

> Why have you varied the historical periods and geographical areas you've based your books on?

Simple answer is that I try hard not to repeat myself, in my approaches to themes and aspects of history. In a way this is not the smartest commercial decision, since we live in an age that devours sequels, but creatively this movement from one place to another keeps me energized, challenged, even anxious, which is good for the adrenalin flow that a three year writing project requires. And the research phase is always my favourite. Learning things, no responsibility yet to do something with it ...

> Which of your books would you consider the best introduction for new readers to your work?

I always ask people what interests them most. If, for example, they are fans of high fantasy, Fionavar is likely to work for them, as it is my 'statement' in that field. If they are drawn to the more historical approach I evolved towards, I try to find out what periods engage them, because the books - as you mentioned above - evoke different times and places, through the prism of the fantastic. For many book clubs, Ysabel was the easiest way in, because it has a contemporary setting, and a very appealing one, at that - the south of France.

> If you could live in one of your fantasy worlds, would you?

One of my ongoing themes, explored most directly in Ysabel, perhaps, is that there are often darker, dangerous undercurrents in even the most sophisticated civilizations. Having said that, since I’ve lived and written four different times in the countryside around Aix-en-Provence, I suppose I’d have to say that Provençal world of A Song for Arbonne or, in a modern version of the same place, Ysabel.

First novel was never published. I took a year off (having promised it to myself) after finishing law school, and ‘escaped’ to the island of Crete. Bought a typewriter (it was that long ago), found a fishing village, and spent a winter there drafting a book, working seven days a week, to assuage my guilt at being so irresponsible and living in such an absurdly beautiful place.

Well, as mentioned, I was called to the bar as a lawyer here in Ontario. I also have a degree in philosophy. Looking back, the legal training helped in several ways. In one aspect, a litigation lawyer (and my interest was always criminal law) needs to be capable of becoming an ‘instant expert’ in something, at least the level of being able to cross examine a real expert on his or her terrain. That aspect of research to a focused purpose comes into all my work. In addition, lawyers need to learn to juggle and keep aloft many files and variables at a time, and a novelist working with a large cast and a complex plot has to have that same skill set. Fiction writing on a grand scale needs to balance an intuitive, instinctive dimension with control, and I think my studies and training helped to develop that second aspect.

I used to go abroad, as often as I could, for the relative isolation and the focus that gave me (and the chance to be in some gorgeous places). Once you have children you may labour under the naive illusion that you can ‘ground them’ for transgressions, but the reality is that they ... ground you. I’ve written primarily in my study/library here in Toronto for the last decade or more, with one return sortie to France in 2004-05.

Easy one! Best thing is ‘having written’ whether on the scale of a given day’s work, or the profoundly intense sensations that come when a book is done. Worst thing is the blank screen that starts all mornings, coupled with the never-absent feeling that one is just not smart enough, creative enough, good enough, to make a given scene come out right. I truly believe that if an artist never has that latter feeling, they aren’t pushing themselves hard enough.

Truly? Almost everything! One of the impulses behind the ‘Journals’ I have kept on brightweavings.com, the authorized website on my work, is to offer readers a glimpse behind the scenes of how books get made. I discovered long ago that most people, even passionate readers, know almost nothing about the publishing world – and that included me, before I got into that world. I’m doing another Journal now online, and have even featured some ‘guest posts’ this time, by people involved in the making or editing of Under Heaven.

It may sound glib, but for me the core aspect is to remind myself that if I don’t write the book, no one is about to do it for me. There’s no ‘delegating’ here.

> How many languages have your works been translated into?

We’re at around 25 now, with some new markets being explored this spring for many of the titles. This is actually something I’m proud of, and something that gives me a great deal of pleasure: corresponding with editors or translators, having a chance to do promotional tours in foreign markets and meet these people and my readers there ... a major perk of what I do.

First one was never accepted, as I mentioned above. But the six or seven rejections were wonderfully generous and positive: everyone seemed to want to see what I would do next. My agent had sent it to major NY mainstream houses (it wasn’t a fantasy book) and we were both rendered hugely upbeat by these letters (I was only 24 at the time). His next submission on my behalf was the first seven chapters of The Summer Tree, and the whole trilogy was accepted starting from those.

Email ThisBlogThis!Share to TwitterShare to FacebookShare to Pinterest
Posted by Jessica Strider at 10:30

Guy Gavriel Kay is one of my favorite authors. I devoured Under Heaven in record time and two days later, devoured it again. I just learned that he's at a bookstore an hour from me - today - but it's too late to go. Dang!