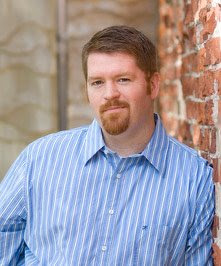 10) How many rejection letters did you get for your first novel or story?
First I tried to get an agent. I sent queries to the 33 agents that I would have been happy to have represent me. Fifteen rejected me, fifteen never responded, and three asked for writing samples, and eventually, to see the whole manuscript. Two of those bailed. Nine months after I'd first sent a query, I signed with the very last agent who was interested—who happened to also be my own first choice out of all 33—Donald Maass. If he'd said no, I'd probably be working some job I hate right now. Don then slowly collected five or six rejections, before Orbit and a few others all got interested at once.
Email ThisBlogThis!Share to TwitterShare to FacebookShare to Pinterest
Posted by Jessica Strider at 10:22

Nice interview! I will likely link to this interview when I start reviewing this trilogy :)

I just tagged you with a Meme here:
Old Bat's Belfry

You can play along if you wish, if not, that is ok too. Alot of bloggers don't like Memes. In either case, know that I love your blog and find it to be a very valuable resource!

earlier brent mentioned that he "just signed my second three-book deal", What are they? or has he just signed a second three book deal after the nightangel trilogy?

I believe it's for a second trilogy, the first of which he is tentatively calling the Black Prism. I have the feeling, based on his recent blog post, that it was originally to be a stand alone, but has branched out into a trilogy. When he did the interview for me he may have had a deal to do 3 more as then undetermined books. Here's a link to his update if you're interested:
http://brentweeks.ning.com/forum/topics/update-on-what-i-brent-am