If I Had ALL the Time in the World

There are so many books I'd love to read, both old and new.  Since I won't actually get to read them all, I figure I could showcase some.  Maybe other people will read them and tell me what I'm missing. :)  I've actually managed to read a few of the books on my first list, and by closing my site to review requests I'm hoping to get to some of these in the next year. 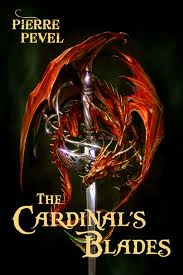 The Cardinal's Blades by Pierre Pevel

Welcome to seventeenth-century Paris, where intrigue, duels, and spies are rife and Cardinal Richelieu's agents may be prevailed upon to risk life and limb in the name of France at a moment's notice. And with war on the horizon, the defense of the nation has never been more pressing.

Danger is rising from the south—an insidious plot that could end with a huge dragon-shaped shadow falling over France, a shadow cast by dragons quite unlike the pet dragonets that roam the cities like stray cats, or the tame wyverns men ride like horses, high over the Parisian rooftops. These dragons and their descendants are ancient, terrible, and powerful ... and their plans contain little room for the lives or freedom of puny humans.

Cardinal Richelieu has nowhere else to turn; Captain La Fargue and his elite group of agents, the Cardinal's Blades, must turn the tide. They must hold the deadly Black Claw cult at bay, root out traitors to the crown, rescue prisoners, and fulfill their mission for the Cardinal, for their country, but above all for themselves.

It's death or victory. And the victory has never been less certain... 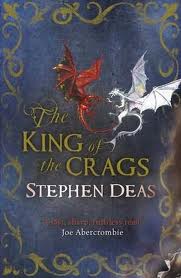 The King of the Crags by Stephen Deas

[I read book one of this series and loved it but haven't had time to pick up any of the later books (and I think it's up to 4 now).]

Now, as the Realms teeter on the brink of war, the fate of humanity rests in the survival of one majestic white dragon.

Prince Jehal has had his way-now his lover Zafir sits atop the Realms with hundreds of dragons and their riders at her beck and call. But Jehal''s plots are far from over, for he isn''t content to sit back and watch Zafir command the earth and sky. He wants that glory for himself- no matter who he must sacrifice to get it. The one thing Jehal fears is that the white dragon still lives-and if that is so, then blood will flow, on all sides... 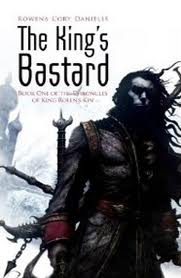 The King's Bastard by Rowena Cory Daniells (plus it's two sequels)

The Kingdom of Rolencia sleeps as rumours of new Affinity Seeps, places where the untamed power wells up. By royal decree all those afflicted with Affinity must serve the Abbey or face death. Sent to the Ab­bey, the King's youngest son, Fyn, trains to become a warrior monk. Elsewhere others are tainted with Affinity and must fight to survive. Political intrigue and magic combine in this explosive first book in an exciting new fantasy trilogy. 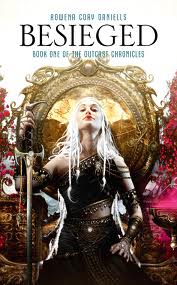 Beseiged also by Rowena Cory Daniells (and it's two sequels)

Sorne, the estranged son of a King on the verge of madness, is being raised as a weapon to wield against the mystical Wyrds. Half a continent away, his father is planning to lay siege to the Celestial City, the home of the T En, whose wyrd blood the mundane population have come to despise. Within the City, Imoshen, the only mystic to be raised by men, is desperately trying to hold her people together. A generations long feud between the men of the Brotherhoods and the women of the sacred Sisterhoods is about to come to a head. With war without and war within, can an entire race survive the hatred of a nation? Rowena Cory Daniells, the creator of the bestselling Chronicles of King Rolen s Kin, brings you a stunning new fantasy epic, steeped in magic and forged in war. 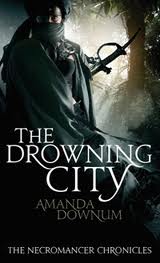 The Drowning City by Amanda Downum (and it's sequels)

Symir -- the Drowning City. home to exiles and expatriates, pirates and smugglers. And violent revolutionaries who will stop at nothing to overthrow the corrupt Imperial government.

For Isyllt Iskaldur, necromancer and spy, the brewing revolution is a chance to prove herself to her crown. All she has to do is find and finance the revolutionaries, and help topple the palaces of Symir. But she is torn between her new friends and her duties, and the longer she stays in this monsoon-drenched city, the more intrigue she uncovers -- even the dead are plotting.

As the waters rise and the dams crack, Isyllt must choose between her mission and the city she came to save.
Email ThisBlogThis!Share to TwitterShare to FacebookShare to Pinterest
Posted by Jessica Strider at 12:28

Labels: All the time in the world, Fantasy, reading pile