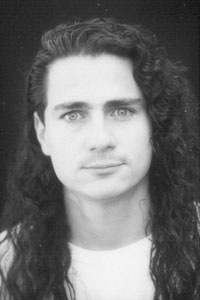 He's also published several short stories, some of which have been animated as webisodes.


> What's The Unremembered about?


That’s a big question, and most answers to it would likely be riddled with spoilers; I hate spoilers. But I’d tell you that the book is epic fantasy, and so involves the politics and impending war of nations; there are orders that trade on something akin to magic; and there are races who have been “put away” and who struggle against those bonds to return to the lands of men . . . and they’re bitter. I’ve spent time building some magic systems, including one premised on music. You’ll see some of that in The Unremembered, and much more of it later on in the series, including the intricacies of how it works. I think, too, one of the things I do is work to take some of the conventions of the genre and begin from a place of familiarity so that I can (hopefully) effectively evolve them into new terrain. So yeah, war, bad guys, magic, secrets, heartbreaking decisions, like that.

> How do you find time for all your writing and musical endeavours?
It’s not easy. It’s about time management. I get up about 3:30 am to do the writing. And most of my music stuff happens in the evenings and on weekends. That, and I’ve developed a rather close relationship with 5-Hour Energy drinks.
> You've written some, as yet unpublished, thrillers.  Do you find it harder to write one genre over another?
Not really. In some ways, I love the complement of writing in a complete second-world, like I do with The Unremembered, then coming back to write in the “real” world. Thrillers, for me anyway, are a lot of architecting the plot and research on topics I can find in the library. Fantasy takes an equal amount of time, but has more to do with world-building. 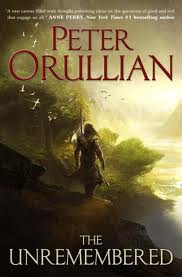 > You've been creating buzz on the internet with a variety of promotional materials (animated short stories, interviews of other authors, an interactive map of your world, a concept music album to accompany your fantasy series...).  Which project is your favourite and why?
I love all my children. Each has its own challenges and rewards. Writing for the animated short stories is fun, because I exercise different writing muscles and do a lot of art direction. The interviews are fun because I learn so much from these great writers. And with the music, well, I love to create music and am passionate about singing, so that’s just awesome. I simply can’t chose.
> What's it like working on the Xbox?
My day-job is filled with a tremendous number of very smart and passionate people. And as we all pull toward some very aggressive goals in the interactive entertainment industry, it’s pretty invigorating. Of course, playing games is awesome. But that’d give you the wrong impression of my day. It’s all business in the day hours. Mostly, we make sure others are going to have a good time with our games.
> What made you want to be a writer?
I’ve been telling stories all my life. As a kid, it was extemporaneous stories I’d just tell my sister. Along the way, I started to jot some of them down. But at the end of it, I think I like to tell stories about characters who run upon real challenges that force them to make difficult choices.
> If you could, would you change places with any of your characters?
Not permanently. As a fancy, sure. I’ve got an adventurous heart. I’d jump into the fray and have a go. Even just moving through a fantasy world for a while sounds like fun to me. But mostly, I’m pretty satisfied with my real life. That can hold adventure enough, I imagine.
> What was the hardest scene for you to write?
There were actually several. There are a couple with my main character, where he’s called on to do something and for reasons of his own, he can’t. Him failing his friends and family, even when he believes himself right to do it, were tough. But those are also precisely some of the reasons I write at all. If I can crib from Faulkner, “the problems of the human heart in conflict with itself . . . alone can make good writing . . .” I find a great deal of truth in that.
> When and where do you write?
I typically am up around 3:30 am. I putter a bit to wake up, then write for a few hours before work. I keep the same schedule on the weekends. And typically, I’m in my home office. But when I’m on the road, or out and about, I often plop down and do the same. As long as I’ve got a keyboard, I’m good. 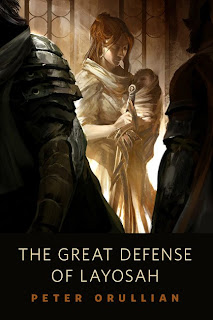 > What’s the best/worst thing about writing?
The actual creation of story is the thrill. When you feel you’ve got it right and the story sings, there are few things better. And worst? Man, I can’t think of one right now. Maybe I’ll come back to that.
> What is something you didn’t know about the publishing industry before you had your first book published?
All the work that still takes place on a book, even after you’ve turned it in. And I don’t mean work that just the publisher does. I’ve been working on my book, in one fashion or another, since turning it in, for well over a year. Lots of small things. Good stuff, but a complete surprise.
> Do you have any advice for hopeful authors?
Don’t stop. If anyone tries to discourage you, tune them out. And keep educating yourself about your craft and the industry. Do all this, and you’ll succeed. May take a while. But writers seem to have a healthy dose of patience.
> Any tips against writers block?
Have fun! Writing should be fun. Consider it play. If you don’t worry about getting it perfect (just agree with yourself that you can always go back and tune up the language), then you can just write whatever, and the writing seems to be self-lubricating, so to speak—you’ll get stuck less and less.
> How do you discipline yourself to write?
Ah, discipline. I’m not sure that can be taught. Maybe. I think you have to believe in your goal, probably set a schedule, and be dogged about it. How, where, when a writer writes is individual. And deciding it for oneself is likewise something only the writer can do. If the rest of your life is undisciplined, I’m not sure you can do it just for writing. Again, maybe. But it might be wise if a writer is struggling to be disciplined about the writing, then he or she should “clean house.” In other words, put everything in your life in order. Of course, life happens, and there’ll be hiccups. Now, that said, some writers don’t even think in terms of discipline. They love to write so much you can’t keep them away from the keyboard. But there are just as many who have to have routines and squeeze in the time—like me, since I have a day job. So, make the commitment to yourself. If you can’t commit to yourself about something you love, there’s probably something else going on.
[This isn't the official book trailer, it's something his friends put together (which just shows how talented his friends are).]
Email ThisBlogThis!Share to TwitterShare to FacebookShare to Pinterest
Posted by Jessica Strider at 10:54