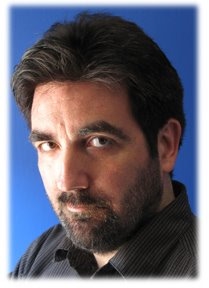 Eutopia is a story set around the time that the eugenics movement was getting going in the United States - by odd co-incidence, exactly 100 years back from the time of the book's release. It's the story of two men - Andrew Waggoner, a black physician who finds himself working in Eliada, a mill town built on Utopian principles in northern Idaho; and Jason Thistledown, a young man who is the only survivor of a mysterious plague that wiped out his community in rural Montana. Jason arrives in Eliada, accompanying his aunt who rescued him from the plague town. Germain Frost is an early eugenicist, who's traveling America looking to catalog the weak, insane and criminal. Jason and Andrew uncover some very sinister goings-on in and around Eliada - monsters both human and otherwise.  In the end, they find things that could have near-apocalyptic implications. 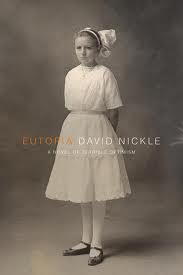 > Eutopia deals with some heavy subject matter, eugenics and racism.  Was it a difficult book to write?

It was difficult to write, as any novel is - but not because of the heaviness of the subject matter. I've always found eugenics to be a fascinating science - in part, because it really isn't a science. Its fundamental premise - that the fact that we can and do breed for certain traits in plants and animals means that we ought to be able to better our own species by doing the same with humans - is deeply flawed, and also deeply alluring. Who wouldn't want to make things better for us, the same way we make things better for cows?

Of course, when we breed cows to be bigger and fatter and more docile, we're not making it better for the cows - we're making things better for we who eat the flesh and drink the milk.

We can breed cows and get away with it because they're a commodity. The idea that we can treat human beings as domesticated animals and do better that way marks a fundamental misreading of Darwinism - and it represents an even more fundamental moral blindness. I found this fascinating from the get-go, as I did the racism that really went hand-in-hand with the eugenics movement.

The racism was tough, but only inasmuch as I had to face the fact that if I was going to write about racism, I was going to have to write racist characters. Which meant employing some pretty ugly language. So far, nobody's complained -- but still, I flinch at that kind of talk.

> What's the appeal of writing horror?

I have been asked this question before, believe it or not. My stock answer is that horror's not - or shouldn't be - a genre; it should be an emotion that we invoke, when we write stories that are otherwise about people and the drama of their interactions in the world. So the real question is, why do I like invoking the emotion of horror in my stories about people and the world and so forth. And I think it's because horror is such a deliciously complex emotion; it's more than just being frightened at a shadow, or a tableau of gore.  It's a profound unease -- a sense that the world that we know is slipping away -- and something else is there underneath. And in experiencing that sense, I think that we open ourselves up to insights and epiphanies, that otherwise wouldn't be apparent.

> Why do most of your stories take place in rural locales?

The thing about rural locales is, they can be dark. They're places where electricity is even now scarce; where smaller populations make things a lot simpler. And also - I just find the woods spooky, in a way that built-up areas aren't. They seem to be a place where dark, still magic comes to the surface.

> Beyond the matter of length, do you find it easier to write short stories or novels?

I find short stories easier, because I can understand how they work; and if they're not working, it's easier to see why. Novels are complexities layered on complexities. They're rewarding because of that, but once you get tangled up, it's a devil of a job getting untangled. 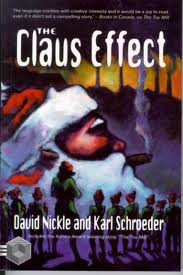 > How is collaborating with another author different from writing stories on your own?

I've collaborated seriously with two writers - sf writer Karl Schroeder and horror scribe Edo van Belkom. Both collaborations were successful; my story with Edo, "Rat Food", won the Bram Stoker award the year it was published, and my story "The Toy Mill", written with Karl, won an Aurora Award and became the basis of a novel, The Claus Effect. So the big difference is that with the right collaborator, I can write award-winning stories - something I haven't replicated on my own.

But I think the biggest difference is that writer's block is harder to sustain with a collaborator. When you hit a tough spot in a plot all on your own, it's really just you against the blank screen. With a collaborator, you can brainstorm around a block until you're past it.

It's also really a pleasure, working with the right collaborator. You gain different insights into a story -- and the story itself gains the capacity to surprise you as a reader as well as an author.

> Does reporting on municipal politics influence your writing?

Generally I keep a church-and-state separation between my reporting work and my fiction work. During the day, I cover Toronto City Hall for the Toronto Community News group of newspapers; by night, I write terrifying stories about betrayal, hypocrisy and monstrosities...

There are some who might say there's not much difference between those two things, come to think of it. And I did write one story (barely 500 words) called "The Mayor Will Make A Brief Statement and Then Take Questions", which was directly influenced by my love of city politics; another story, years back, "Extispicy", that mingled land-use planning with entrail-reading.

So it's all grist. 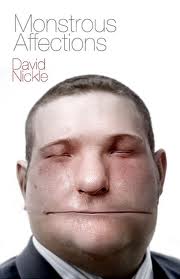 Have you _seen_ what happens to my characters? No. No. Just no.


There is a hideous moment in the middle [of Eutopia] when Andrew Waggoner is faced with having to perform some serious back-woods gynaecological work. Without getting into spoilers, the chapter involved some detailed descriptions of a fairly nasty bit of surgery. I kind of freaked myself out.

There are the two obvious admonitions: first, read widely. Get a sense of the kind of story you love, and think about how the best of those stories work. Then put bum in chair, fingers on keyboard, and start writing, and then finish writing.

The next bit is based on my own experience. Find a writing workshop, with good writers not far off from your own level of expertise. Show those stories you've written to the workshop, and read the work of the other writers there. You'll be amazed how clarifying that process is, and how quickly you improve. It certainly worked for me, when I joined the Cecil Street Irregulars writing workshop, literally decades ago.

You must also, of course, send the story out to an editor with some hope of publication. But that goes without saying - doesn't it?

Poorly. I tend to do better deep in project when I've got my eye on the end. Otherwise -- I'm as distractible as the next guy.

Email ThisBlogThis!Share to TwitterShare to FacebookShare to Pinterest
Posted by Jessica Strider at 11:18