From their press release: 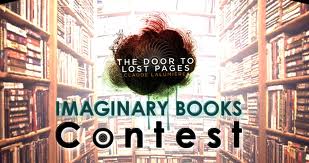 TORONTO, Ontario (February 17, 2011) – Toronto based ChiZine Publications will be holding a contest to promote and give away signed limited edition hard cover copies of Claude Lalumière's new book The Door to Lost Pages. Submitters are encouraged to fabricate a title and synopsis of an imaginary book that would appear in the novella’s titular shop, Lost Pages, which exists across multiple realities and conveys materials about them.

“This is not only a means to increase the interest in the book, but also to promote the importance of interaction with the material,” says CZP author Claude Lalumière. “By encouraging invention on the reader’s part, it gives them more of an involvement with the work and its concepts therein.”

Via the available form on the ChiZine contest page, contestants will submit the title and synopsis of an imaginary book they would think would be found at Lost Pages. Two grand prizes will be awarded—the Author’s Choice Award, selected by Claude Lalumière, and the Reader’s Choice Award, voted by online readers.

The winners and runners-up will be featured on the CZP website and on Lalumière’s Lost Myths blog. The two grand-prize winners each get a free signed limited-edition hardcover copy of The Door to Lost Pages, as well as ten postcards featuring their winning entry. CZP will also use the postcards of the winning entry as giveaway material at conventions, readings and festivals. Three runners-up will win a free eBook download of The Door to Lost Pages.

Submission Guidelines
The contest begins February 17, 2011. Final submissions must be made by midnight (EDT) on March 15, 2011.  Final winners will be announced on April 4, 2011 by ChiZine Publications.
Entries may be edited in minor ways for publication. To submit, visit the ChiZine Publications website at http://chizine.com/chizinepub/contests/lost-pages/ 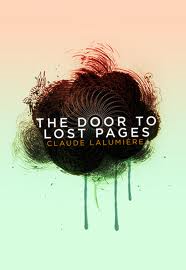 If you're wondering what The Door To Lost Pages is all about, here's the synopsis via the Chapters/Indigo website:

Step through the door to Lost Pages and escape a life you never wanted! On her tenth birthday, Aydee runs away from home and from her neglectful parents. At first, surviving alone on the streets is harsh, but a series of frightening, bewildering encounters with strange primordial creatures leads her to a bookshop called Lost Pages, where she steps into a fantastic, sometimes dangerous, but exciting life. Aydee grows up at the reality-hopping Lost Pages, which seems to attract a clientele that is either eccentric - or desperate. She is repeatedly drawn into an eternal war between enigmatic gods and monsters, until the day she is confronted by her worst nightmare: herself!
Email ThisBlogThis!Share to TwitterShare to FacebookShare to Pinterest
Posted by Jessica Strider at 11:06