Book Review: Alfred Hitchcock and the Making of Psycho by Stephen Rebello 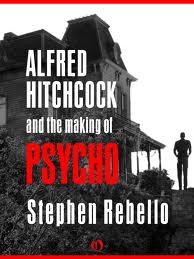 Pros: a lot of fascinating information about Alfred Hitchcock and Psycho, written more for casual film buffs than filmmakers

Cons: gets a little too in depth at times, no afterward giving recent influences of the film

Alfred Hitchcock and the Making of Psycho details the making of the film from the real life serial killer who influenced Robert Bloch's book, Psycho, to the aftermath of the film and what those who worked on it did afterward.  Rebello spent several years in the 80s interviewing people and the anecdotes he reveals are fascinating.

The book walks a fine balance between explaining all of the important aspects of making Psycho while not being too technical in detail.  Thus, film students can better admire it's genius and casual fans of the film won't be bored.  The downside to this is that Rebello sometimes fails, giving more information than the casual fan cares for (as with the explanation of how the film titles were made), while not being detailed enough for practical film students.

I found it surprising that, though this is a reprint of a book published in 1990, there was no new conclusion or updating ending, explaining more recent derivations of the film.  And the 'Psycho on Video' segment only mentions it being available on "videotape and laser disc".

If you like the film and are interested in learning more about it, you won't find a better book than this.
Email ThisBlogThis!Share to TwitterShare to FacebookShare to Pinterest
Posted by Jessica Strider at 10:58