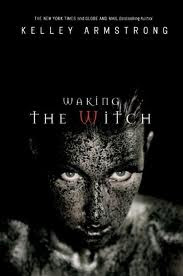 Cons: last 30 pages rely more heavily on previous books for climax and denouement and contain spoilers for the earlier books (only a problem if you haven't read those books)

Savannah Levine's running her guardian's P.I. agency while they're on vacation. When another P.I., Jesse Aanes, drops a murder case that has hints of occult activity in her lap, she's ready to prove she can solve a case solo. So off she goes to Columbus, a small town that now boasts 3 murders. With two obvious suspects and several people offering help (including the brother of one of the victims, an out of town detective), it seems like an easy case. But nothing's as it seems and when someone else dies Savannah realizes that going solo isn't as fun as she thought it would be.

Savannah's an interesting character. She's got a lot of streetsmarts and a no nonsense attitude. She's not quite the kick ass character urban fantasy is known for, but not far off either. Magic is her first line of offense, though she knows some martial arts too. She avoids being a Mary Sue by asking for help from a senior member of the P.I. agency and by occasionally making potentially stupid decisions (like meeting a possible suspect alone without telling anyone where she's going). 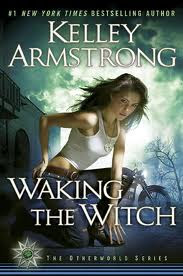 This is the first Otherworld book by Armstrong that I've read. I assumed Savannah was a minor character in the other books so the first book dedicated to her would be a good place to jump into the series. There were occasional references to her past throughout the book that were easy to understand until 30 pages to the end. Suddenly someone from her past who was never mentioned in this book shows up. The climax's 'ah ha' moment was more of a 'what?' moment for me. Since I didn't know who this character was I had no idea what was coming. The ending wasn't ruined by this. Armstrong explained enough about who the character was that a new reader could follow along. But I knew I'd missed the real surprise of the scene.

Still, it was a fun, quick read. And, from what Armstrong tells about Savannah's past, those who have followed the series will likely enjoy seeing Savannah grown up.
Email ThisBlogThis!Share to TwitterShare to FacebookShare to Pinterest
Posted by Jessica Strider at 10:30