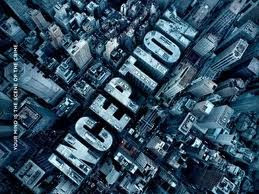 Pros: action, thought provoking story (especially the ending), psychological subplot (or main plot, depending on your interpretation of events), using dreams as a stage of espionage is unique

Cons: some may find the middle of the film (when Cobb's building up his team) boring, a lot of people dislike the ending though I thought it was great

Dom Cobb (Leonardo DiCaprio) faces arrest and imprisonment should he return to the US where his 2 kids live with their grandmother. In order to return to them, he accepts a job offer by an influential business man. The job? To infiltrate the mind of a competitor, not to extract information, but to leave a suggestion. Most people believe this action, inception, to be impossible. Cobb however, has done it before.

The first part of the film is set-up, introducing the dream invasion concept and technology and compiling the team for this job. The second part is the job itself. For some people the time between the job offer and the job will be boring. For me, the explanation of the technology and the introduction of the psychological effects of dream invasion was fascinating.

The job itself was amazing. You think you understand how complex dreams can be - anything is possible - but when they're in there, going from level to level, you start to understand how complex the mind is, allowing several layers of dreams to exist and interact simultaneously. There are some great action sequences and thought provoking moments.

I loved the ending. A film that has me considering and reconsidering what I believe about it is one I'll buy and watch again.

Email ThisBlogThis!Share to TwitterShare to FacebookShare to Pinterest
Posted by Jessica Strider at 11:50