Many thanks to Tor Books for sending me several books for review this month.

Joe Ledger: Unstoppable edited by Jonathan Maberry and Bryan Thomas Schmidt - This is an anthology based on Jonathan Maberry's Joe Ledger (as seen in: Patient Zero, Dragon Factory, etc.). The character sounds interesting and the author list on this is impressive. 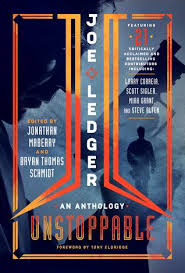 Joe Ledger is a former Baltimore cop who was recruited into a secret government agency tasked with stopping terrorists who are using bleeding-edge science weapons. The stakes are always high. If you have to call Joe Ledger, it’s already hit the fan!


Weave a Circle Round by Kari Maaren - They're calling this young adult though it sounds like it would be great for the 9-12 crowd too. 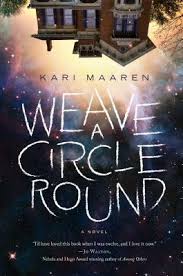 When the unexpected moves in next door, anything can happen in Weave a Circle Round, Kari Maaren's debut in this YA-friendly fantasy adventure.

Freddy doesn’t want people to think she’s weird. Her family makes that difficult, though: her deaf stepbrother Roland’s a major geek, and her genius little sister Mel’s training to be the next Sherlock Holmes. All Freddy wants is to survive high school.

Then two extremely odd neighbors move in next door.

Cuerva Lachance and Josiah definitely aren't normal. Neither is their house, which defies the laws of physics. Neither is Freddy’s situation, when she suddenly finds herself stuck thousands of years in the past with her very, very weird neighbors. And that’s only the beginning.


After the End of the World by Jonathan Howard - This is the follow up novel to Howard's 2015 novel, Carter & Lovecraft about a reluctant detective faced with bizarre and impossible events. 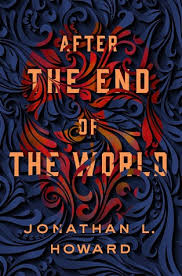 After the End of the World by Jonathan L. Howard brings the H.P. Lovecraft mythos into the twenty-first century.

The Unfolded World is a bitter and unfriendly place for Daniel Carter and Emily Lovecraft. In this world, the Cold War never happened because the Soviet Union ceased to exist in 1941. In this world the Nazi Großdeutschland is the premier superpower, and is not merely tolerated but indulged because, in this world, the Holocaust happened behind the ruins of the Iron Curtain and consumed only Bolsheviks, Communists, and others the West was glad to see gone. In this world, there are monsters, and not all of them are human.

But even in the Unfolded World, there are still bills to pay and jobs to do. Carter finds himself working for the German secret security service to uncover the truth behind a major scientific joint project that is going suspiciously well. The trail takes Lovecraft and him to a distant, abandoned island, and a conspiracy that threatens everything. To fight it, Lovecraft must walk a perilously narrow path between forbidden knowledge and soul-destroying insanity.

Fortunately, she also has a shotgun.


The Eterna Solution by Leanna Renee Hieber - This is the third Eterna Files novel. 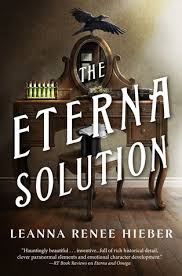 It’s 1882 and two government divisions of paranormal investigators have completed a most harrowing task―stopping a demonic nobleman from taking over the British Parliament. Now the motley crew of psychics, scientists, scholars, and magicians must race across the ocean to Manhattan to protect it from evil forces they believe Moriel unleashed.

American Clara Templeton’s psychic powers have grown exponentially but she worries that defeating the sinister forces arrayed against them will cost her her life. Londoner Harold Spire, once a Scotland Yard detective, has had just about enough of the occult, though he has seen his team’s supernatural powers at work. Together, the American Eterna Commission and the British Omega Department hope to save New York City without destroying themselves.


Semiosis by Sue Burke - This debut SF sounds amazing. It's out in February. 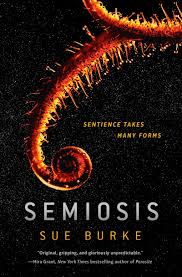 Colonists from Earth wanted the perfect home, but they’ll have to survive on the one they found. They don’t realize another life form watches...and waits...


Only mutual communication can forge an alliance with the planet's sentient species and prove that humans are more than tools.

Email ThisBlogThis!Share to TwitterShare to FacebookShare to Pinterest
Posted by Jessica Strider at 11:22