I'm purposely keeping my book requests down for the summer, so I have time to read classics and books coming out by people I know, and perhaps whittle down my ever growing TBR pile.  But I'm very grateful to the publishers who send me books to review, even when I don't have as much time to read them.  Synopses are from the Indigo website (as are the links at the bottom). 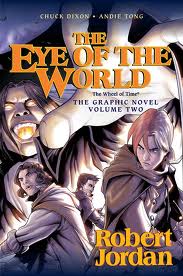 
Rand al'Thor, Egwene al'Vere, and their friends flee their home village in the company of Moiraine and her Warder, Lan Mandragoran. Pursued by their enemies, the group seeks sanctuary in Baerlon. Rand's nightmares grow darker. Moiraine takes Egwene under her wing. Lan warns them to trust no one, but should that distrust extend to Lan and Moiraine as well?

The Eye of the World: the Graphic Novel, Volume Two, collects six issues of Robert Jordan's The Wheel of Time: The Eye of the Worldcomic book published by Dynamite Entertainment. This book will feature bonus material that gives readers a behind-the-scenes look at the creation of a graphic novel. 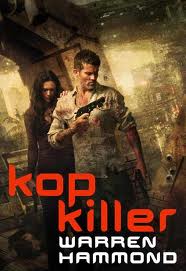 
This is book 3 of the series, so you might want to skip this synopsis if you haven't read the previous books.

Juno Mozambe once had a life. That was when he was a dirty cop, married to a woman who suffered such profound abuse that she murdered her vile, drug kingpin father. Juno loved his wife and did his best to help her survive her guilt, her drug habit, and her desire to end her life on the dead-end planet of Lagarto.

When she died, however, Juno's life went downhill. And then his first partner, the corrupt chief of the Koba Office of Police, was murdered. The man responsible, Emil Mota, is using the KOP for his personal gain. Juno has been laying low, but now he's ready to do whatever it takes to take down the bastard.

Rather than working from inside the system, he's decided that the only way to take down the KOP is to create an independent base of power. So he gets involved with a team of dirty cops and starts working as a rent-a-thug for a whorehouse that needs protection.

Juno's last partner knows that his risky plan has a purpose, but she's that rarest of creatures on the hothouse planet of Lagarto: an honest cop. She can't help him.

When Juno discovers a series of profoundly twisted murders, he faces a bleak possibility: in his desperate quest for vengeance against the man who targeted him for death, Juno may have placed himself beyond any hope of redemption.... 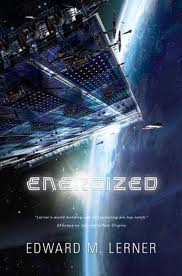 No one expected the oil to last forever. How right they were….

A geopolitical miscalculation tainted the world's major oil fields with radioactivity and plunged the Middle East into chaos. Any oil that remains usable is more prized than ever. No one can build solar farms, wind farms, and electric cars quickly enough to cope. The few countries still able to export oil and natural gas-Russia chief among them-have a stranglehold on the world economy.

And then, from the darkness of space, came Phoebe. Rather than divert the onrushing asteroid, America captured it in Earth orbit.

Solar power satellites-cheaply mass-produced in orbit with resources mined from the new moon to beam vast amounts of power to the ground-offer America its last, best hope of avoiding servitude and economic ruin.

As though building miles-across structures in space isn't challenging enough, special interests, from technophobes to eco-extremists to radio astronomers, want to stop the project. And the remaining petro powers will do anything to protect their newfound dominance of world affairs.

NASA engineer Marcus Judson is determined to make the powersat demonstration project a success. And he will-even though nothing in his job description mentions combating an international cabal, or going into space to do it. 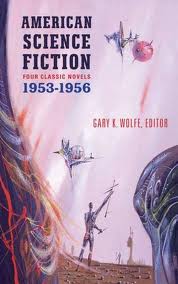 This is the first of two volumes of American science fiction that will be coming out in a handsome hardcover this September.

This volume includes:
The Space Merchants by Frederik Pohl & C.M. Kornbluth
More Than Human by Theodore Sturgeon
The Long Tomorrow by Leigh Brackett
The Shrinking Man by Richard Matheson
Email ThisBlogThis!Share to TwitterShare to FacebookShare to Pinterest
Posted by Jessica Strider at 11:02