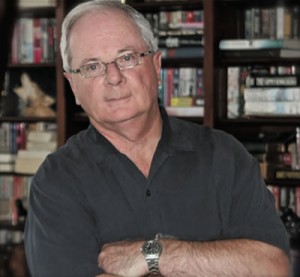 > What is The Pack, the first book in your Run With The Wolves trilogy, about?

It is the fifteenth century, and three kingdoms are caught up in the dire conflicts of their time. As the possibility of a peaceful resolution provides hope that a decade-long war will finally end, no one realizes that dark forces are waiting to invoke chaos as a full moon rises.

On a farm nestled beneath the Euralene Mountains along the western border of Medinia, young Willie works for the Smythes as a serf. One moonlit evening when the Smythes are gone to a neighbouring village, Willie hears the terrified cries of animals in the pastures. When he goes to investigate, he discovers that this wolf pack attack is like no other. Badly injured during the raid, he survives - but now is afflicted by the full moon madness that will soon transform him into one of the wolf creatures he dreads. With his life seemingly warped forever, Willie must face the prospect of a lifelong descent into horror.

In a time of witchcraft, superstitious folk lore, and fearsome creatures roaming the night, Willie struggles with an uncertain destiny and must seek help from the one man he holds most responsible for the dark fate that awaits him during the next full moon cycle.

I originally started this project with the writing of the lyrics to 3 songs. The first was about a wolfman. The second was about a Vampire type character. The third was about a group of social outcasts called the 'Oddities'. It occurred to me that the lyrics to the three songs all dealt with a related central theme. All the characters suffered from, and had to deal with, 'afflictions' which were not of their choosing and beyond their control. It was how they chose to deal with them that tested their humanity. That was when I decided to write a fantasy tale that incorporated these people and their trials and tribulations.

> Why did you choose to set your book in the 15th century?

I've always been a history and folk lore buff. I wanted to write a fantasy that would bring in some actual historical detail as well. The story is set in 1461. The 15th century brought a Renaissance period of learning, invention, and discovery, but also a wave of intolerance, persecution and strife. It was the time of the inquisition, and of Vlad the Impaler – the likely inspiration for Bram Stoker’s ‘Dracula’. It was an era of witchcraft; and of superstitious folk lore in which fearsome creatures of the night sucked blood from helpless victims, and werewolves ranged the countryside when the moon was full.This was the century that saw the new world discovered; the advent of firearms; the decline of the knights; and it seemed to me it was the perfect setting for this type of tale. 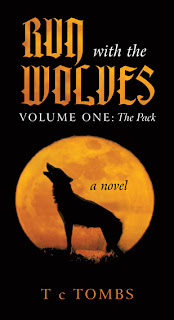 I've been an avid reader since childhood. I've always loved books that take you on an adventure and where the characters seem so real that you can empathise with the trials and hardships that they are faced with and the inner demons that they must overcome. Whether it was reading Treasure Island and Robinson Crusoe as a child; or Lord of the Rings and The Da Vinci Code as an adult; I seem to seek out stories that take you on a roller-coaster adventure. That was what I've tried to achieve in the three volumes of Run with the Wolves.

I think I prefer life in this century. If I had to pick a character from my trilogy, I guess it would be Woodrow. He's a long-lived man of honour, compassion, and learning, but he has also suffered greatly.


> What were your literary influences for The Pack?

I think the same answer to Question 4 applies here. However there are so many more authors who have influenced me. Edward Rutherford, James Michener, Wilbur Smith, Steve Berry, David Baldacci, Dan Brown, James Lee Burke, Michael Chrichton, James Clavell - all come to mind - these authors weave such captivating stories with action and settings that drag the reader right into them.

The Run with the Wolves trilogy is my first and only published venture. The three volumes are called The Pack; The Oracle; and The Beast. It took me about 10 years (part time - in addition to working for a living and raising a family) to write the whole series which includes the lyrics to about 48 songs. I have a vision here which includes books, movies, and music.

There are a number of scenes in which some key characters get killed off. It's always difficult to say goodbye to someone that you dreamt up and who was an intricate part of your story.

Usually in the evening secluded away in the office/den. Although I have been known to pull off to the side of the highway and jot down notes for the story or for a song when inspiration struck me. 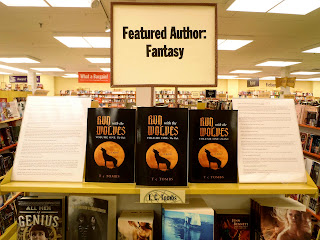 The best is letting your imagination take you places that inspire you to write about. The worst - I suppose is that it's a lonely undertaking that has absolutely no guarantee that it will ever see the light of day or that anyone else will care for it. (There's also about a decade there where I couldn't tell you what my favourite TV show was because I didn't watch much - is that a bad or good thing???).

Write only about what you have a passion for - and don't give a f--- about what anyone else thinks.

(Being a bit block-headed helps.) I suppose I overcame those times by first creating an overall blueprint of the story from beginning to end - and when I was stuck, I moved around it by writing a number of scenes out of order, and came back later. For example, I wrote the ending before I wrote anything else. It just took me another ten years to get there.

a) By promising to reward yourself later with some form of treat.

b) Through self-ridicule - you started this project - are you going to leave it unfinished?

c) It helped that the Leafs were such a bad hockey team that writing was easier than watching them play.
Email ThisBlogThis!Share to TwitterShare to FacebookShare to Pinterest
Posted by Jessica Strider at 09:00