Here are some tidbits of news that I've been notified of and haven't had time to post until now.

Angry Robot, the award-winning publisher of SF, F and WTF are pleased to announce their newest venture – a sister imprint, Strange Chemistry, which will publish Young Adult genre fiction.The imprint will launch in September 2012, with five titles appearing before the end of that year, before settling down to one book each month. Strange Chemistry will follow AR’s strategy of co-publishing its books simultaneously in the US and UK, in both eBook and paperback formats. Subject matter will include fantasy, science fiction, supernatural and horror, and as with Angry Robot the lines between those genres are likely to be very blurry at times.Running the imprint will be Amanda Rutter, until recently best known as the tireless blogger behind genre review site, Floor-to-Ceiling Books. She takes up her position in Angry Robot’s headquarters in Nottingham on December 12th.

I'm stoked.  Angry Robot's been publishing some great stuff, so I'm glad to see them turn their sights on YA.

Need a gift for a bibliophile?  Gone Reading has a fun line of products (t-shirts, mugs, aprons, bags, etc.) and "has pledged 100% of company profits in perpetuity to fund reading libraries and other literacy projects in the developing world".  They've got a number of cute images with text, like these: 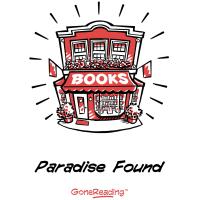 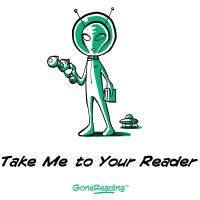 From a press release that's a bit old now, but still interesting:

I'm not really a fan of zombie books, but I thought WORLD WAR Z was fabulous.  If you haven't read it yet, you should.  :)
Speaking of top sales,

INHERITANCE, the fourth and final installment in Christopher Paolini’s #1 bestselling Inheritance cycle, has achieved the highest first-day sale in 2011 of any fiction or non-fiction, adult or children’s  title published this year in the U.S. and Canada, it was announced today by Chip Gibson, President & Publisher, Random House Children’s Books. The conclusion to Paolini’s epic saga went on sale in North America on Tuesday, November 8th, and sold a staggering 489,500 copies in print, digital, and audio formats.  Hardcovers dominated the opening-day sell-through for INHERITANCE, with an 83/17% print to digital split.
“This is both a thrilling and gratifying end to a wonderful journey that began more than a decade ago,” said Paolini. “I could have never imagined that the Inheritance cycle would become what it has, and I’m grateful to the fans for their continued support and enthusiasm. I look forward to seeing them in person on my tour this month, but most of all, I hope they enjoy the book!”

Paolini has started his tour for the book, so if you're in the states, check out his tour schedule.

Email ThisBlogThis!Share to TwitterShare to FacebookShare to Pinterest
Posted by Jessica Strider at 13:24

Inheritance played out much like the other books. Little pacing, lots of unnecessary drivel, and very little to reward the reader for persisting.