These books are all coming out in February, so there's some fun stuff to look forward to.

Touch by Claire North - This book reminds me of the premise behind Hopscotch by Kevin Anderson (which I haven't read but sounds pretty neat) and Every Day by David Levithan, which I loved. 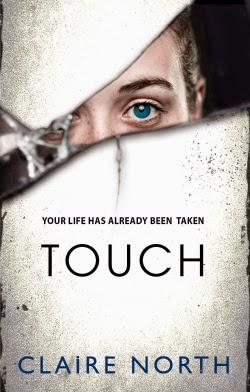 He tried to take my life. Instead, I took his.

It happened so long ago, I've forgotten the details. But he was desperate, hungry enough to kill. As I died, my hand touched his. That's when my first switch took place.

I looked through the eyes of my killer in time to see my own body die.

Now switching is easy. I can jump from body to body, have any life, be anyone.

All it takes is a touch.

Seeker by Arwyn Elis Dayton - This YA title's already been optioned for film.  It sounds pretty awesome.

The night Quin Kincaid takes her Oath, she will become what she has trained to be her entire life. She will become a Seeker. This is her legacy, and it is an honor.

As a Seeker, Quin will fight beside her two closest companions, Shinobu and John, to protect the weak and the wronged. Together they will stand for light in a shadowy world.

And she'll be with the boy she loves--who's also her best friend.

But the night Quin takes her Oath, everything changes.

And now it's too late to walk away.

Star Trek: City on the Edge of Forever by Harlan Ellison - A graphic novel of the iconic Star Trek episode. 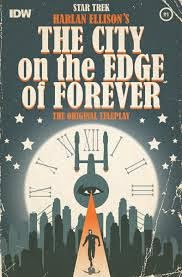 For the first time ever, a visual presentation of the much-discussed, unrevised, unadulterated version of Harlan Ellison''s award-winning Star Trek teleplay script, "The City on the Edge of Forever!" See the story as Mr. Ellison originally intended!