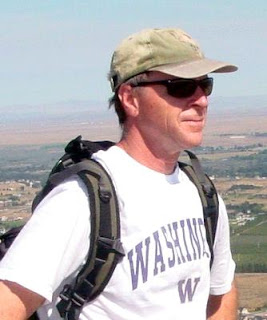 > What is POD about?

POD is about a catastrophic invasion by massive alien spheres, or PODs, which render technology useless and "disappear" anyone venturing outside.  The story is told by Josh, a fifteen-year-old boy stuck in his house with his OCD father in a small town in Washington state; and Megs, a twelve-year-old girl trapped in a car park next to a hotel taken over by ruthless security men in Los Angeles, California.

> What drew you to writing about an alien invasion?

My two favorite genres growing up were science fiction and adventure/survival stories, with my top authors being Ray Bradbury and Jack London.  So writing about an alien invasion was totally in my sweet spot.  But I didn't want to write the typical "aliens destroy the world then humans fight back" novel, so the POD invasion is more like a siege, which in some ways is even more frightening.  Plus the idea came to me in a dream which made it hard to resist.

I've always loved to read, so writing was a natural fit.  The thrill of using my over-active imagination to create something out of nothing, to move people emotionally, and hopefully change their life in some small way, is profoundly satisfying.

That's a scary thought.  Maybe, just maybe, I would change places with Josh when the PODs attack-just to see it happen, but only for a few seconds.  I'd much rather wait for the movie!  I think a better question is:  would any of the characters like to change places with me?

>What were your literary or film influences for POD?

I like YA-crossover books with powerful and realistic voices, particularly Catcher in the Rye by J.D. Salinger, and Lord of the Flies, by William Golding. In film, I'd put Alien up there, particularly when the characters have no idea what they are up against.  That is when the movie is most tense, and that is what I wanted to capture in POD.

> POD is your first published novel, how long did it take to write it?

POD started as a short story from Josh's point of view, titled Pearls of Death.  But friends wanted it to be longer, so I added a second protagonist (Megs) in a second location.  The entire process from first word to on the shelf took about four years.  POD was accepted on the first submission, so that was lucky.

There were a couple of emotional scenes with Josh, but I can't go further than that without spoiling the ending.  The Megs chapters were more fun to write.  Full of courage and plucky independence.

In my office in my home.  Since I have a full-time "regular" job as a marketing director, I write every day at the un-healthy hour of 4am-6:30am.  I drink lots and lots of tea.

The best thing is the thrill of seeing your characters come to life, and to hear your friends talk about them, and the decisions they make under stress, as if they are real people.  The worst part prior to publishing are the rejections.  The "new" worst part are the reviews.  Even if you have 99 good ones, it is the one bad one that sticks in your throat like a chicken bone.  I haven't been around the block enough to develop the tough skin that more experienced writers have-but I will.  It is a necessary part of the trade.

> What is something you didn't know about the publishing industry before you had your first book published?

I didn't know how much time the writer has to put into promoting the book.  It's the big thing I hear at the conferences these days-Facebook, Twitter, maintain a blog, a website.  But in the end we authors are grateful for readers and will gladly do what needs to be done to have our books read. 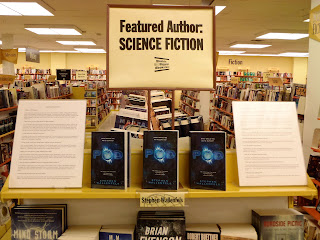 Read everything and constantly.  Write every day.  Go to conferences and workshops and understand the craft behind the talent. Submit your stuff.  Keep trying.

Fight through it.  Or skip that chapter and move on to a new chapter featuring characters that are willing to play with you.  And if that doesn't work re-examine your plot and see if something isn't making sense-and fix it.

I've been pretty lucky with short stories-most of them were accepted first or second try.  The same with POD.  But I have tried and tried to get a picture book published and only have a mountain of rejections to show for it.  I have one right now that is at ten rejections, but my agent assures me it will find a home!

> What are you reading now?