Last weekend I went to the Toronto Reference Library for the city's Maker Festival. There were a bunch of booths both displaying cool makes and selling interesting things (like steampunk jewelry). There were booths on 3 floors, plus more outside. 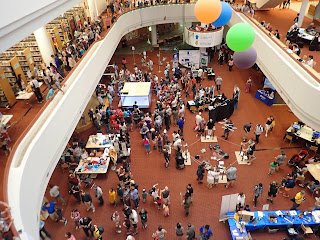 At the 'learn how to solder' booth I bought a mini rocket kit and soldered LEDs and a battery holder on it. 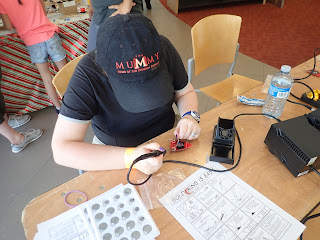 The library's booth had a 1D arduino game called Twang that was played on an LED strip. When the enemy red lights came near, you had to 'twang' the joystick, which basically fired light a few LED away so you could proceed. Later levels involved water and lava traps that pushed you quickly in one direction. It was surprisingly fun for such a simple concept.

The R2D2 builders from the local 501st division had a display of some of the things they'd built. 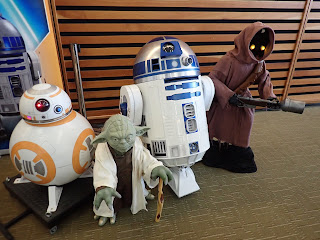 Ryerson University had an infinity mirror with LEDs you could turn on and change the colour of called 'Twinfinity'. 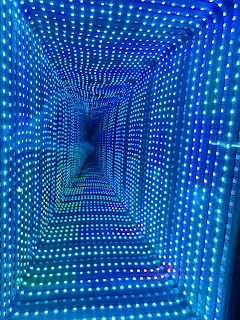 When I was a kid I read Follow My Leader by James B. Garfield, a book about a 12 year old boy who goes blind due to a firecracker accident. I thought the book was fantastic and taught myself braille as a secret code. It was really neat seeing this braille typewriter and learning about some of the modern tech used to help the blind. 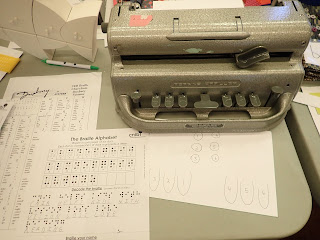