Fiery Seas Publishing was founded in 2014 and

They publish novel and novella length fiction in several genres, including science fiction and fantasy in ebook and print formats. Their website doesn't give any contract information.

Here are a few of their published titles:

Incompetent Gods by Gabriele Russo - The first two books in the series are already out, with the third being released in December. 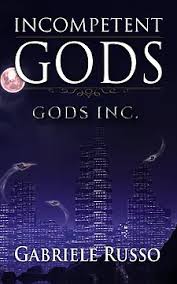 In a dimension created by the ancient gods, most are now stuck working at Gods Incorporated. CEO Queen Louhi Pohjola, a mortal demigoddess turned vampire (on a diet), holds the planet in the palm of her hand and while she cannot by any stretch of the imagination be called a nice person, there’s worse lurking in her shadow.

Goblin, a bitter hybrid with childhood issues and shape-shifting abilities, has a grudge against the world. First on his to-do list is getting rid of the Queen and take her place by forcing the titan Ba’al to devour her.

As her friends and allies fall one-by-one into Goblin’s traps, the Queen’s fate seems inevitable. With no one left to fight, will Ba’al’s friends, a bunch of over-the-hill incompetent gods, be enough to stop Goblin from turning the world into hell?


Kinglet by Donna Migliaccio - Book 2 of the series, Fiskur, just came out on November 7th, and the third will be out in February. 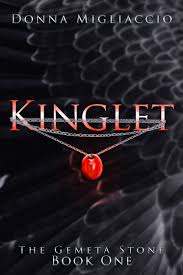 Kristan Gemeta has lost everything: his crown, his kingdom, his courage – even his name.

In the vast wilderness of the Exilwald, he's known to the other outcasts as Kinglet. As long as Kristan stays hidden, he can elude the bounty hunters, brutal soldiers and terrifying spells of Daazna, the Wichelord who killed his father and destroyed his life.
But when a new band of pursuers comes looking for him, Kristan's wariness gives way to intrigue. For bounty hunters they're oddly inept, and a young woman in their company is leaving enigmatic drawings wherever they go. As they plunge deeper into the Exilwald, Kristan follows. He discovers the drawings symbolize the Gemeta Stone, an ancient family talisman seized by Daazna but now in the little band's possession.

With the Stone's protection, Kristan might stand a chance against Daazna. He could regain his birthright and his honor. But to obtain the Stone, he must reveal his true identity and risk the one thing he has left...his life. 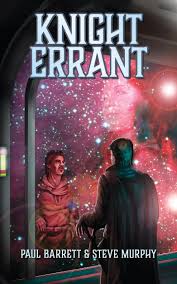 The Knights of the Flaming Star are the most feared and respected Special Operations teams in the known universe. There’s no assignment they can’t handle. No job they can’t complete. As a team, they’re unstoppable.

Then a rescue mission gone awry finds them betrayed by a ghost from their past. Bent on vengeance their nemesis has laid a trap designed to grind their reputation into the dirt and ultimately destroy them.

The pursuit of their enemy will take them from planets run by corporate oligarchies—to a world entrenched in medieval technology and shrouded in magic. They’ll need every ounce of their will, prowess and cunning to turn the tables, salvage their reputation, and save the universe from apocalyptic destruction.

Email ThisBlogThis!Share to TwitterShare to FacebookShare to Pinterest
Posted by Jessica Strider at 08:22