Looking for some horror novels to read this coming Halloween?  Then check out Hammer Books.  Known for their horror films they've been releasing exclusive novelizations and reprints of some classic horror novels.

Here are some of their titles: 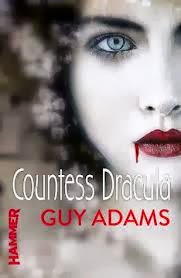 One can do anything in Hollywood and be forgiven, anything except grow old. It's the 1930s and cinema stands at the dawn of a new age—the silent era is all but dead, talkies are here, and Technicolor is on its way. The whole world loves movie icons Frank Nayland and Elizabeth Sasdy, lapping up each new picture and following their romantic life story both on and off the screen; but all is not as perfect as it appears. Not only has the advent of talkies meant torturous sessions with a vocal coach to try and remove Sasdy's Hungarian accent, but she's starting to spot the first few grey hairs, and the lines on her face get deeper every day. If she loses her looks she'll lose everything, but even a woman as powerful as Elizabeth Sasdy can't fight nature—can she? A chance accident reveals the solution. But just how far is the Queen of Hollywood prepared to go to stay beautiful forever? 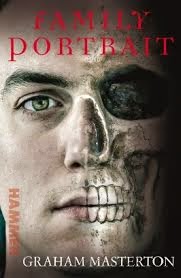 The first body was found in Europe. She had once been a beautiful young girl, but with exquisite skill someone had carefully teased the skin entirely away from her body, leaving nothing but a flayed and bloody carcass. A full examination of her ruined body reveals an horrific truth: She had been skinned alive. The second blood-raw corpse turned up in New England. Followed soon after by another, this time a victim of extreme decomposition, a mess of flesh convulsing with maggots.

When a mysterious, crumbling painting is implicated in the deaths it seems that the investigating team has resorted to madness. But this rotten painting hides a terrifying family secret. 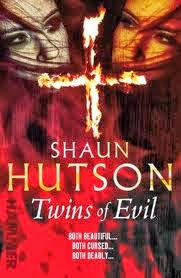 Twins of Evil by Shaun Hutson

In nineteenth-century middle-Europe, orphaned teenage twins Maria and Frieda go to live with their uncle Gustav Weil, who heads the Brotherhood, a vigilante group trying to stamp out vampirism. But their methods are random and misplaced and the only result is a terrorised populace. The real threat lies with Count Karnstein, and although the twins seem outwardly to be identical, Frieda finds herself much more drawn than her sister to the Count's castle dominating the skyline. 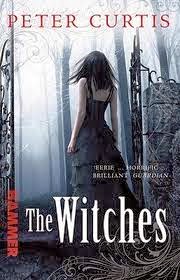 The Witches by Peter Curtis

Walwyk seemed a dream village to the new schoolteacher, Miss Mayfield. But dreams can change into nightmares.

When one of her students accuses his friend Ethel's grandmother of abusing her, Miss Mayfield cannot let it go. But Ethel won't say anything, despite the evidence of Miss Mayfield's own eyes. But as she attempts to get to the truth of the matter, she stumbles on something far more sinister. Walwyk seems to be in the grip of a centuries-old evil, and anybody who questions events in the village does not last long.

Death stalks more than one victim, and Miss Mayfield begins to realise that if she's not careful, she will be the next to die.