One of the benefits to being a bookseller is the chance to attend publisher preview presentations where you get to see what's coming before everyone else.

Here are some fall titles from their catalogue I'm hoping to read at some point...

The first two books I got copies of, and you can read about them on the books received post for last month.  They are: The Night Film by Marisha Pessl, which the presenter compared to works of Ira Levin, and More Than This by Patrick Ness.  I loved Ness' Chaos Walking trilogy, so I'm looking forward to this one.

The Circle by Dave Eggers - the book sounds very topical, dealing with privacy vs openness on the internet. 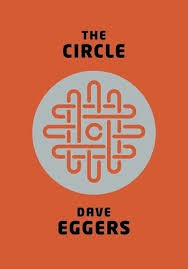 When Mae Holland is hired to work for the Circle, the world's most powerful internet company, she feels she's been given the opportunity of a lifetime. The Circle, run out of a sprawling California campus, links users' personal emails, social media, banking, and purchasing with their universal operating system, resulting in one online identity and a new age of civility and transparency. As Mae tours the open-plan office spaces, the towering glass dining facilities, the cozy dorms for those who spend nights at work, she is thrilled with the company's modernity and activity. There are parties that last through the night, there are famous musicians playing on the lawn, there are athletic activities and clubs and brunches, and even an aquarium of rare fish retrieved from the Marianas Trench by the CEO. Mae can't believe her luck, her great fortune to work for the most influential company in the world-even as life beyond the campus grows distant, even as a strange encounter with a colleague leaves her shaken, even as her role at the Circle becomes increasingly public. What begins as the captivating story of one woman's ambition and idealism soon becomes a heart-racing novel of suspense, raising questions about memory, history, privacy, democracy, and the limits of human knowledge.


This House is Haunted by John Boyne 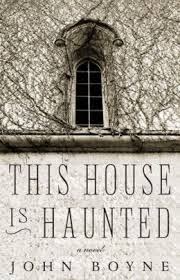 1867. Eliza Caine arrives in Norfolk to take up her position as governess at Gaudlin Hall on a dark and chilling night. As she makes her way across the station platform, a pair of invisible hands push her from behind into the path of an approaching train. She is only saved by the vigilance of a passing doctor.

When she finally arrives, shaken, at the hall she is greeted by the two children in her care, Isabella and Eustace. There are no parents, no adults at all, and no one to represent her mysterious employer. The children offer no explanation. Later that night in her room, a second terrifying experience further reinforces the sense that something is very wrong.

From the moment she rises the following morning, her every step seems dogged by a malign presence which lives within Gaudlin''s walls. Eliza realises that if she and the children are to survive its violent attentions, she must first uncover the hall''s long-buried secrets and confront the demons of its past... 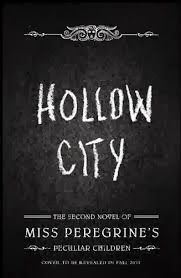 Hollow City by Ransom Riggs - the follow up to the fun and creepy Miss Peregrine's Home for Peculiar Children.

This second novel begins in 1940, immediately after the first book ended. Having escaped Miss Peregrine's island by the skin of their teeth, Jacob and his new friends must journey to London, the peculiar capital of the world. Along the way, they encounter new allies, a menagerie of peculiar animals, and other unexpected surprises.

Complete with dozens of newly discovered (and thoroughly mesmerizing) vintage photographs, this new adventure will delight readers of all ages.


Not SF, but something I'm looking forward to nonetheless, is Longbourn by Jo Baker. 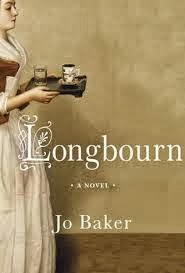 The servants at Longbourn estate--only glancingly mentioned in Jane Austen's classic--take centre stage in Jo Baker's lively, cunning new novel. Here are the Bennets as we have never known them: seen through the eyes of those scrubbing the floors, cooking the meals, emptying the chamber pots. Our heroine is Sarah, an orphaned housemaid beginning to chafe against the boundaries of her class. When the militia marches into town, a new footman arrives under mysterious circumstances, and Sarah finds herself the object of the attentions of an ambitious young former slave working at neighboring Netherfield Hall, the carefully choreographed world downstairs at Longbourn threatens to be completely, perhaps irrevocably, up-ended. From the stern but soft-hearted housekeeper to the starry-eyed kitchen maid, these new characters come vividly to life in this already beloved world. Jo Baker shows us what Jane Austen wouldn't in a captivating, wonderfully evocative, moving work of fiction.