Many thanks to the publishers who sent me books this month.

The Guns Above by Robyn Bennis - Sounds like an exciting debut. 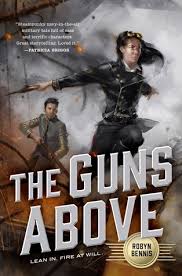 THE GUNS ABOVE is an adventurous military fantasy debut about a nation's first female airship captain.

They say it's not the fall that kills you.

For Josette Dupre, the Corps' first female airship captain, it might just be a bullet in the back.

On top of patrolling the front lines, she must also contend with a crew who doubts her expertise, a new airship that is an untested deathtrap, and the foppish aristocrat Lord Bernat, a gambler and shameless flirt with the military know-how of a thimble. Bernat's own secret assignment is to catalog her every moment of weakness and indecision.


So when the enemy makes an unprecedented move that could turn the tide of the war, can Josette deal with Bernat, rally her crew, and survive long enough to prove herself?

Illuminating Women in the Medieval World by Christine Sciacca - I'm part way through this. The illustrations are as excellent as you'd expect and I'm impressed at how much information is packed into the short descriptions for them. 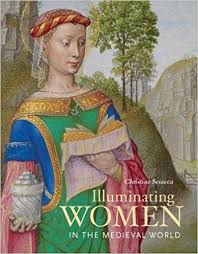 When one thinks of women in the Middle Ages, the images that often come to mind are those of damsels in distress, mystics in convents, female laborers in the field, and even women of ill repute. In reality, however, medieval conceptions of womanhood were multifaceted, and women’s roles were varied and nuanced. Female stereotypes existed in the medieval world, but so too did women of power and influence. The pages of illuminated manuscripts reveal to us the many facets of medieval womanhood and slices of medieval life—from preoccupations with biblical heroines and saints to courtship, childbirth, and motherhood. While men dominated artistic production, this volume demonstrates the ways in which female artists, authors, and patrons were instrumental in the creation of illuminated manuscripts.

Featuring over one hundred illuminations depicting medieval women from England to Ethiopia, this book provides a lively and accessible introduction to the lives of women in the medieval world. 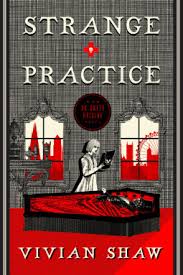 Meet Greta Helsing, fast-talking doctor to the undead. Keeping the supernatural community not-alive and well in London has been her family's specialty for generations.

Greta Helsing inherited the family's highly specialized, and highly peculiar, medical practice. In her consulting rooms, Dr. Helsing treats the undead for a host of ills - vocal strain in banshees, arthritis in barrow-wights, and entropy in mummies. Although barely making ends meet, this is just the quiet, supernatural-adjacent life Greta's been groomed for since childhood.

Until a sect of murderous monks emerges, killing human and undead Londoners alike. As terror takes hold of the city, Greta must use her unusual skills to stop the cult if she hopes to save her practice, and her life.


Sovereign by April Daniels - This is the sequel to Dreadnought, a superhero novel with a transgender protagonist, which I enjoyed a lot last year. 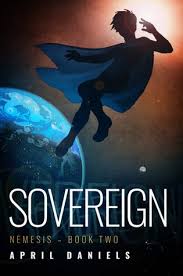 Only nine months after her debut as the superhero Dreadnought, Danny Tozer is already a scarred veteran. Protecting a city the size of New Port is a team-sized job and she's doing it alone. Between her newfound celebrity and her demanding cape duties, Dreadnought is stretched thin, and it's only going to get worse.

When she crosses a newly discovered billionaire supervillain, Dreadnought comes under attack from all quarters. From her troubled family life to her disintegrating friendship with Calamity, there's no lever too cruel for this villain to use against her.

She might be hard to kill, but there's more than one way to destroy a hero. Before the war is over, Dreadnought will be forced to confront parts of herself she never wanted to acknowledge.

And behind it all, an old enemy waits in the wings, ready to unleash a plot that will scar the world forever.

Halls of Law by V. M. Escalada - This is the pseudonym of Violette Malan, whose fantasy novels I enjoy a lot. I'm looking forward to this book, out August 1. 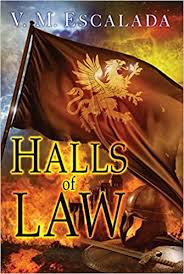 The Faraman Polity was created by the first Luqs, and has been ruled for generations by those of the Luqs bloodline. It is a burgeoning empire maintained by the combined efforts of the standing military force and the Talents of the Halls of Law. While the military preserves and protects, it is the Halls’ Talents—those gifted from birth with magical abilities—who serve as the agents and judges of the Law. For no one can successfully lie to a Talent. Not only can they read people by the briefest of physical contacts, but they can also read objects, able to find information about anyone who has ever come into direct contact with that object. Thanks to the Talents and the career military, the Polity has long remained a stable and successful society. But all that is about to change.

Seventeen-year-old Kerida Nast has always wanted a career in the military, just like the rest of her family. So when her Talent is discovered, and she knows she'll have to spend the rest of her life as a psychic for the Halls of Law, Ker isn't happy about it. Anyone entering the Halls must give up all personal connection with the outside world, losing their family and friends permanently. Just as Kerida is beginning to reconcile herself to her new role, the Polity is invaded by strangers from Halia, who begin a systematic campaign of destruction against the Halls, killing every last Talent they can find.

Kerida manages to escape, falling in with Tel Cursar, a young soldier fleeing the battle, which saw the deaths of the royal family. Having no obvious heir to the throne, no new ruler to rally behind, the military leaders will be divided, unable to act quickly enough to save the empire. And with the Halls being burned to the ground, and the Talents slaughtered, the Rule of Law will be shattered.

To avoid the invaders, Kerida and Tel are forced to enter old mining tunnels in a desperate attempt to carry word of the invaders to Halls and military posts that have not yet been attacked. But the tunnels hide a dangerous secret, a long-hidden colony of Feelers—paranormal outcasts shut away from the world for so long they are considered mythical. These traditional enemies of the Halls of Law welcome Kerida, believing she fulfills a Prophecy they were given centuries before by the lost race of griffins. With the help of these new allies, Kerida and Tel stand a chance of outdistancing the invaders and reaching their own troops. However, that is only the start of what will become a frantic mission to learn whether any heir to the throne remains, no matter how distant in the bloodline. Should they discover such a person, they will have to find the heir before the Halian invaders do. For if the Halians capture the future Luqs, it will spell the end of the Faraman Polity and the Rule of Law.

Email ThisBlogThis!Share to TwitterShare to FacebookShare to Pinterest
Posted by Jessica Strider at 10:49