Many thanks, as always, to the publishers who send me books for review.

The Revolution Trade by Charles Stross - This is the third 2-book omnibus edition of the Merchant Princes series and consists of The Revolution Business and Trade of Queens. 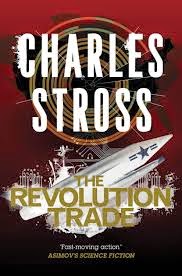 Miriam Beckstein has said good-bye to her comfort zone. The transition from journalist to captive in an alternative timeline was challenging to say the least, she discovered that her long-lost family, the Clan, were world-skipping assassins. Now, while civil war rages in her adopted home, she's pregnant with the heir to their throne and a splinter group want her on their side of a desperate power struggle. But as a leader or figurehead?

Meanwhile, unknown to the Clan, the US government is on to them and preparing to exploit this knowledge. But it hadn't foreseen a dissident Clan faction carrying nuclear devices between worlds—with the US president in their sights. The War on Terror is about to go transdimensional. But Mike Fleming, CIA agent, knows the most terrifying secret of all: His government's true intentions.

Voyage of the Basilisk by Marie Brennan - I've already read and reviewed this title, which is the third book of Isabella, Lady Trent's memoirs as a female dragon researcher from Scirland.  As with the previous volumes, the book's got a fair amount of adventure.  This time she's on a ship and visiting numerous locations, rather than just one, like she did in the others.  It's a fun and quick read. 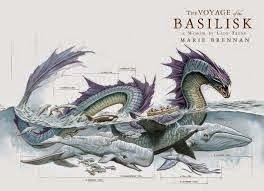 Six years after her perilous exploits in Eriga, Isabella embarks on her most ambitious expedition yet: a two-year trip around the world to study all manner of dragons in every place they might be found. From feathered serpents sunning themselves in the ruins of a fallen civilization to the mighty sea serpents of the tropics, these creatures are a source of both endless fascination and frequent peril. Accompanying her is not only her young son, Jake, but a chivalrous foreign archaeologist whose interests converge with Isabella's in ways both professional and personal.

Science is, of course, the primary objective of the voyage, but Isabella's life is rarely so simple. She must cope with storms, shipwrecks, intrigue, and warfare, even as she makes a discovery that offers a revolutionary new insight into the ancient history of dragons.


The Exile by C. T. Adams - A new urban fantasy from one of the authors who writes the Cat Adams novels. 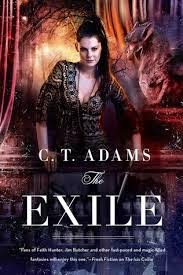 Brianna Hai runs an occult shop that sells useless trinkets to tourists--and real magic supplies to witches and warlocks. The magical painting that hangs in Brianna''s apartment is the last portal between the fae and human worlds.

A shocking magical assault on her home reveals to Brianna that her father, High King Liu of the Fae, is under attack. With the help of her gargoyle, Pug, her friend David, and Angelo, a police detective who doesn't believe in magic, Brianna recovers what was stolen from her and becomes an unwilling potential heir to the throne.

A suspenseful urban fantasy with a hint of romance, The Exile is the first solo novel by C. T. Adams, who is half of USA Today bestselling author Cat Adams. Like the Cat Adams Blood Singer novels, The Exile is set in a world where magic is real and contains Adams's trademark blend of suspense, action, humor, and strongly emotional writing.