I recently returned home from touring the Northern provinces of Ethiopia. I'll be blogging some of the places I went. If you have questions or want more information on something, comment and I'll try to add it in.

My sister and I flew in with Ethiopian Airlines, which handed out little care packages on the plane. I've never seen this done outside of first class so I was pretty happy to get my socks, toothbrush + paste, and eye mask. Even if they were all a shade of yellow I'm not keen on. 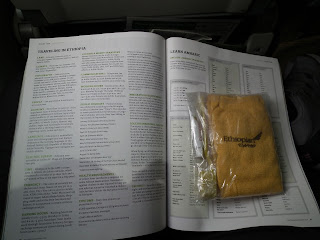 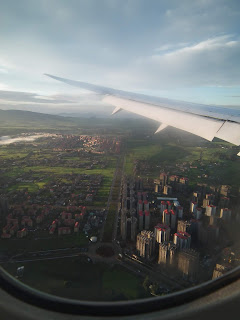 The view from the window as we came in for our landing was pretty awesome. I love seeing countries from above.


We booked our tour through Awaze Tours, a local company that handled everything for us, providing a driver, local guides, admission, even food was included. Tips and souvenirs were extra, of course.  They picked us up promptly from the airport and dropped us off at the Friendship International Hotel to refresh after our flight. You have to go through security to enter the hotel (and a lot of buildings - the National Museum, local malls). Some places have x-ray machines and metal detectors, others just give you a pat down from security or armed army personnel. 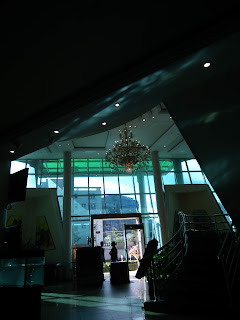 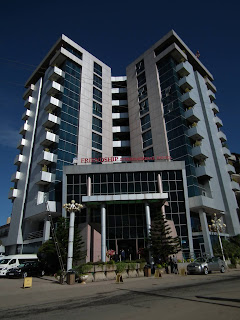 The bathroom had nice amenities. It also had a bathtub and shower that drained through a hole in the middle of the floor. It wasn't until our second hotel that we were sure this wasn't an error (not all of our hotels did this, but enough of them did to make it note worthy). Some places give you bathroom slippers for this reason. They also have TINY rolls of toile paper and only give you one a night. I was warned of this (and the fact that toilet paper in public restrooms was limited) and so brought some with me.

Addis Ababa, the capital city of Ethiopia, means "new flower" and was chosen for its beauty, hot springs and agreeable climate. We went to the Entoto Hills lookout where we got to see the city as a whole. 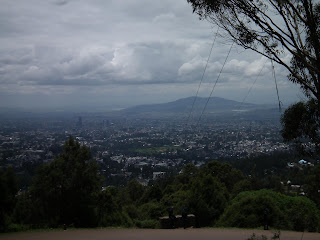 As with any big city traffic is a mess. They've got western style malls here (though I didn't see any elsewhere, though we also didn't really explore other downtown areas). I saw a grocery store with a sign saying dog meat was available. I'm still not sure if that meant it was meat from a dog for humans to eat or meat for dogs to eat. Most places were went later only had small kiosk style grocers - or local markets where most food items were plentiful. 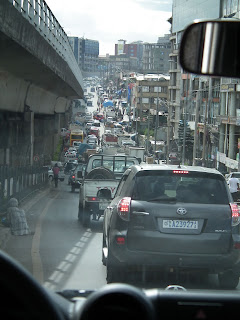 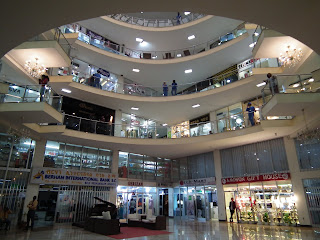 We went to the Ethnographic museum our first day, which has a lot of cultural artefacts and information. Our last day we visited the National Museum and paid our respects to Lucy's bones. They've actually found older bones since hers were discovered, but she's the one everyone knows. 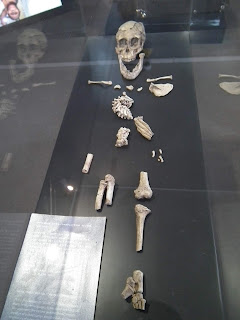 Email ThisBlogThis!Share to TwitterShare to FacebookShare to Pinterest
Posted by Jessica Strider at 13:37