Many thanks as always to the publishers that sent me books last month.

The Afterward by E. K. Johnston - I've posted my review of this post-quest inclusive fantasy. It's a great standalone novel if you want something with an optimistic feel. 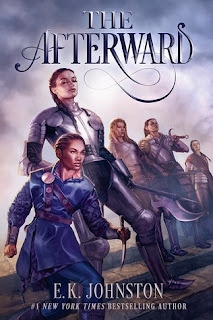 It's been a year since the mysterious godsgem cured Cadrium's king and ushered in what promised to be a new golden age. The heroes who brought home the gem are renowned in story and song, but for two fellows on the quest, peace and prosperity don't come easily.

Apprentice Knight Kalanthe Ironheart wasn't meant for heroism so early in life, and while she has no intention of giving up the notoriety she's earned, reputation doesn't pay her bills. Kalanthe may be forced to betray not her kingdom or her friends, but her own heart as she seeks a stable future for herself and those she loves.

Olsa Rhetsdaughter was never meant for heroism at all. Beggar and thief, she lived hand to mouth on the streets until fortune--or fate--pulled her into Kalanthe's orbit. And now she's reluctant to leave it. Even more alarmingly, her fame has made her profession difficult, and a choice between poverty and the noose isn't much of a choice at all.
Both girls think their paths are laid out, but the godsgem isn't quite done with them and that new golden age isn't a sure thing yet.

In a tale both sweepingly epic and intensely personal, Kalanthe and Olsa fight to maintain their newfound independence and to find their way back to each other.


The Bird King by G. Willow Wilson - I've been reading a lot about the history of Spain recently and this book fit in nicely. It introduces mythology and magic into the world and portrays some fascinating characters. My review will go up soon. 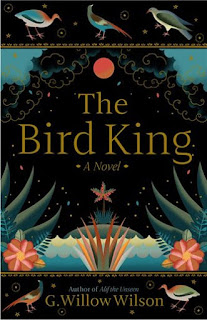 From award-winning author G. Willow Wilson, The Bird King is an epic journey set during the reign of the last sultan in the Iberian peninsula at the height of the Spanish Inquisition.G. Willow Wilson's debut novel Alif the Unseen was an NPR and Washington Post Best Book of the Year, and it established her as a vital American Muslim literary voice. Now she delivers The Bird King, a stunning new novel that tells the story of Fatima, a concubine in the royal court of Granada, the last emirate of Muslim Spain, and her dearest friend Hassan, the palace mapmaker. Hassan has a secret - he can draw maps of places he's never seen and bend the shape of reality. When representatives of the newly formed Spanish monarchy arrive to negotiate the sultan's surrender, Fatima befriends one of the women, not realizing that she will see Hassan's gift as sorcery and a threat to Christian Spanish rule. With their freedoms at stake, what will Fatima risk to save Hassan and escape the palace walls? As Fatima and Hassan traverse Spain with the help of a clever jinn to find safety, The Bird King asks us to consider what love is and the price of freedom at a time when the West and the Muslim world were not yet separate.


Splendor Solis: The World's Most Famous Alchemical Manuscript by Dr. Stephen Skinner, Dr. Rafal T. Prinke, Georgiana Hedesan and Joscelyn Godwin - I finished this today. My advanced copy did not include the manuscript reproduction plates (you can find the entire manuscript digitized online so it was fine), but the text is really good, giving a fair amount of background information on the alchemical text. It was also cool reading the full translated text. 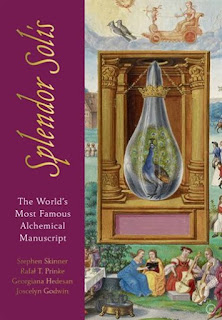 The only high-quality yet affordable edition available of the classic alchemical manuscript Splendor Solis, described as "the most magnificent treatise on alchemy ever made". Includes up-to-date commentary from experts in the field and a modern translation of the 16th-century text.

A magnificent edition of the Splendor Solis for all those interested in alchemy, magic and mysterious manuscripts. Popularly attributed to the legendary figure Salomon Trismosin, the Splendor Solis ('Splendour of the Sun') is the most beautiful alchemical manuscript ever made, with 22 fabulous illustrations rich in allegorical and mystical symbolism. The paintings are given a fitting showcase in this new Watkins edition, which accompanies them with Joscelyn Godwin's excellent contemporary translation of the original 16th-century German text, as well as interpretation from alchemical experts Stephen Skinner and Georgiana Hedesan, and from Rafal T. Prinke, an authority in central and Eastern European esoteric manuscripts. Stephen Skinner explains the symbolism of both the text and the illustrations, suggesting that together they describe the physical process of the alchemical transmutation of base metal into gold. Rafal T. Prinke explains the theories about the authorship of both text and illustrations, discussing Splendor Solis as the turning point in alchemical iconography passing from the medieval tradition to that of the Baroque and the reasons for the misattribution of Splendor Solis to Poysel and Trismosin. Georgiana Hedesan looks at the legendary figure of Salomon Trismosin and his creation by followers of Theophrastus Paracelsus as part of an attempt to integrate their master in a lineage of ancient alchemical philosophers. The images are taken from the British Library manuscript Harley 3469, the finest example of the Splendor Solis to survive.

Email ThisBlogThis!Share to TwitterShare to FacebookShare to Pinterest
Posted by Jessica Strider at 21:05