From the promotional email: 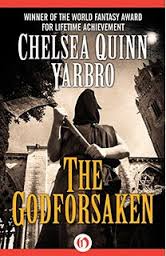 Known for her riveting horror, science fiction, and supernatural novels, Chelsea Quinn Yarbro is the first woman to be named a Living Legend by the International Horror Guild and is one of only two women ever to be named as Grand Master of the World Horror Convention. On September 1, ebook editions of six of her works will be published for the first time, including The Godforsaken. A dark tale of a 16th century Spanish prince cursed as a werewolf, the chilling novel is set in the bloody days of the Spanish Inquisition. 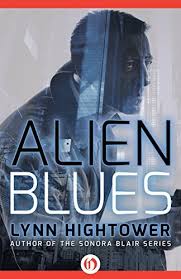 Lynn S. Hightower’s Elaki series, a near-future police procedural set in a world where an alien race has descended on Earth, will be on sale as ebooks on September 29. Beginning in Alien Blues, Detective David Silver is teamed up with String, an alien of the Elaki race, to solve a string of murders. First published in 1991, this series fuses procedurals with science fiction, imagining a world where humans and aliens can coexist.

Email ThisBlogThis!Share to TwitterShare to FacebookShare to Pinterest
Posted by Jessica Strider at 09:58